You are here:
In this article we discuss what a seizure is, causes of seizures, tests for epilepsy, we also discuss the current treatments available and a selection of management strategies. 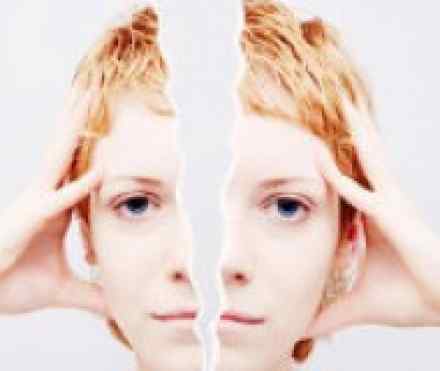 A seizure is a short episode of symptoms caused by a burst of abnormal electrical activity in the brain. Typically, a seizure lasts from a few seconds to a few minutes. (Also known as a convulsion or a fit.)

The brain contains millions of nerve cells called neurons. Normally, the nerve cells are always sending tiny electrical messages down nerves to all parts of the body. Different parts of the brain control different parts and functions of the body. Therefore, the symptoms that occur during a seizure depend on where the burst of electrical activity occurs in the brain. There are different types of seizure but they are divided into two main types - gereralised and partial:

If you have epilepsy, it means that you have had repeated seizure.

What is an absence Seizure

Absence seizures (previously called petit mal) is a form of generalised seizure. It mainly occurs in children and young people. It is not as common in adults. Many people associate epilepsy with the dramatic convulsive type of seizure. Absence seizure are not like this. They are often not noticed for some time, as it can appear that the affected person is simply daydreaming.

Absence seizures may not be noticed by parents for some time, as they usually last just a few seconds. It is common to have several absence seizure per day. If they are frequent, a child's schooling may suffer, as they will not be able to concentrate properly in school.

In some people, a tendency to develop absence seizure is inherited. How it is passed on is also not clear, but several members of an extended family may have this type of epilepsy.

The most important part of making a diagnosis is to have a clear description from parents, of what happens during a suspected seizure. Often the description is typical of an absence seizure. However, sometimes it can be difficult for a doctor to make an accurate diagnosis. The ElectroEncephaloGram (EEG) test is then helpful. This records the electrical impulses from the brain. Special stickers are put on parts of the scalp. They are connected to the EEG machine which amplifies the tiny electrical impulses given off by the brain and records their pattern on paper or a computer. The test is painless. People with absence seizures often have a typical EEG pattern.

What is the outlook (prognosis)?

The outlook is good. Absence seizure rarely continue into adulthood. This type of epilepsy is not usually associated with any other neurological condition. Children with this type of epilepsy have the same range of intelligence and other abilities as other children. Treatment usually controls the seizure so that education and other aspects of life can be normal. Treatment can often be stopped in the late teenage years.

Many medications can effectively reduce or eliminate the number of absence seizure. Finding the right medication and dosage can be complex, requiring a period of trial and error. Taking the medications on a regular schedule is crucial to maintaining the proper drug levels in the blood.

Often, the first drug prescribed for absence seizure is Ethosuximide (Zarontin). However, other medications, such as valproic acid (Epilim) and lamotrigine (Lamictal), also are effective at controlling seizure. Your doctor will likely start at the lowest dose of medication possible, and increase the dosage as needed to control the seizure. Most children can discontinue anti-seizure medications, under a doctor's supervision, after they've been seizure-free for two years.

Female adults who need treatment for absence seizure are advised against using valproic acid (Epilim) while trying to conceive or during pregnancy, because the drug has been associated with higher risk of serious complications for the baby. Women who can't achieve seizure control on any other medication need to speak with their G.P. or Pharmacist about the potential risks.

A person with absence seizure should wear a medical bracelet for identification for emergency medical reasons. The bracelet should state whom to contact in an emergency and what medications you use. It's also a good idea to let teachers know about the seizure and tell them what to do in an emergency.

Even after they're under control, seizure can continue to affect your life. Children may get teased or be embarrassed by their condition, and both children and adults may be frustrated by living with the constant threat of another seizure. Some recreational activities can also be affected, because you can't do certain activities, such as swimming, alone.

You may find it helpful to talk with other people who are in the same situation you are. Besides offering support, they may also have advice or tips for coping that you'd never considered. To find your local support group you can visit epilepsy Ireland's website by clicking here.