You are here:
Alcohol poisoning is a serious — and sometimes deadly — consequence of consuming large amounts of alcohol in a short period of time. Drinking too much too quickly can affect your breathing, heart rate and gag reflex and potentially lead to coma and death. 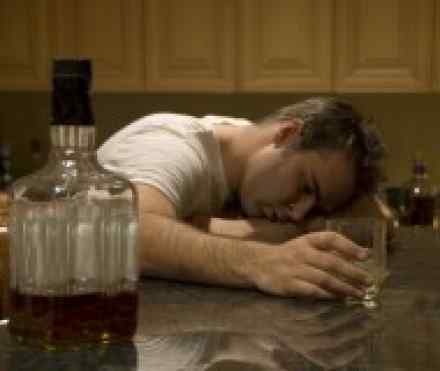 If you suspect someone has alcohol poisoning, call 999  right away.

If you drink, have friends who drink or have children of any age, know the signs and symptoms of alcohol poisoning:

It's not necessary for all of these symptoms to be present before you seek help. A person who is unconscious or can't be roused is at risk of dying.

Alcohol comes in several forms, including:

Although alcohol poisoning can occur when you accidentally — or even intentionally — consume household products containing alcohol, most alcohol poisoning results from drinking too many alcoholic beverages, especially in a short period of time.

How much is too much?

Unlike food, which can take hours to digest, alcohol is absorbed quickly by your body — long before most other nutrients. If you drink on an empty stomach, about 20 percent of the alcohol is absorbed directly from your stomach and can reach your brain in less than a minute.

Most alcohol, though, is processed by your liver. It takes about one hour for your liver to process (metabolize) the alcohol in one drink — defined as 12 ounces (355 milliliters) of beer, 4 to 5 ounces (118 to 148 milliliters) of wine or 1.5 ounce (44 milliliters) of 80-proof distilled spirits. Mixed drinks often contain more than one serving of alcohol and take even longer to metabolize.

The rate at which alcohol is processed can vary considerably from person to person and depends on a number of factors. In general, though, drinking more than one drink an hour gives your liver more than it can handle.

Binge drinking — usually defined as rapidly downing five drinks or more in a row — is especially dangerous. Drinking large quantities of alcohol so quickly means that you can consume a lethal dose before you pass out.

What happens to your body when you drink?

Alcohol depresses the nerves that control involuntary actions such as breathing, heartbeat and your gag reflex, which keeps you from choking. Excessive alcohol intake can slow and, in some cases, shut down these functions. Your body temperature can also drop (hypothermia), leading to cardiac arrest. And your blood sugar level can fall low enough to cause seizures.

A number of factors can increase your risk of alcohol poisoning, including:

Alcohol poisoning treatment usually involves supportive care while your body rids itself of the alcohol. This typically includes:

Home remedies for sobering up abound, but most are ineffective, and some can be dangerous. Here's what doesn't work:

If you suspect that someone has alcohol poisoning, here's what to do: