You are here:
Anorexia nervosa is an eating disorder that causes people to obsess about their weight and the food they eat. People with anorexia nervosa attempt to maintain a weight that's far below normal for their age and height. 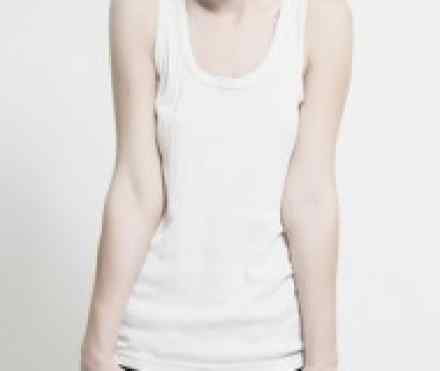 They may also try to lose weight by exercising excessively. Others with anorexia engage in binging and purging, similar to bulimia. They control calorie intake by vomiting after eating or by misusing laxatives, diuretics or enemas.

Physical signs and symptoms of anorexia include:

Emotional and behavioral characteristics associated with anorexia include:

Anorexia red flags to watch for

It may be hard to notice signs and symptoms of anorexia because people with anorexia often go to great lengths to disguise their thinness, eating habits or physical problems.

If you're concerned that a loved one may have anorexia, watch for these possible red flags:

It's not known specifically what causes some people to develop anorexia. As with many diseases, it's likely a combination of biological, psychological and sociocultural factors.

Certain risk factors increase the risk of anorexia, including:

Anorexia can have numerous complications. At its most severe, it can be fatal. Death may occur suddenly — even when someone is not severely underweight. This may result from abnormal heart rhythms (arrhythmias) or an imbalance of electrolytes — minerals such as sodium, potassium and calcium that maintain the balance of fluids in your body.

Complications of anorexia include:

If a person with anorexia becomes severely malnourished, every organ in the body can sustain damage, including the brain, heart and kidneys. This damage may not be fully reversible, even when the anorexia is under control.

In addition to the host of physical complications, people with anorexia also commonly have other mental disorders as well. They may include:

When doctors suspect someone has anorexia, they typically run a battery of tests and exams to help pinpoint a diagnosis, rule out medical causes for the weight loss and also check for any related complications.

These exams and tests generally include:

To be diagnosed with anorexia, you generally must meet criteria spelled out in the Diagnostic and Statistical Manual of Mental Disorders (DMS), published by the American Psychiatric Association.

DSM diagnostic criteria for anorexia are:

When you have anorexia, you may need several types of treatment. If your life is in immediate danger, you may need treatment in a hospital emergency department for such issues as a heart rhythm disturbance, dehydration, electrolyte imbalances or psychiatric problems.

Here's a look at what's commonly involved in treating people with anorexia:

Because of the host of complications anorexia causes, you may need frequent monitoring of vital signs, hydration level and electrolytes, as well as related physical conditions. In severe cases, people with anorexia may initially require feeding through a tube that's placed in their nose and goes to the stomach (nasogastric tube). A primary care doctor may be the one who coordinates care with the other health care professionals involved. Sometimes, though, it's the mental health provider who coordinates care.

The first goal of treatment is getting back to a healthy weight. You cannot recover from an eating disorder without restoring an appropriate weight and learning proper nutrition. A dietitian can offer guidance on a healthy diet, including providing specific meal plans and calorie requirements that will help you meet your weight goals. Your family will also likely be involved in helping you maintain healthy-eating habits.

Individual, family-based and group therapy may all be beneficial.

There are no medications specifically designed to treat anorexia because they've shown limited benefit in treating this eating disorder. However, antidepressants or other psychiatric medications can help treat other mental disorders you may also have, such as depression or anxiety.

Some cases of anorexia are much more severe than others. Less severe cases may take less time for treatment and recovery. One of the biggest challenges in treating anorexia is that people may not want treatment, may think they don't need it or may be concerned about weight gain. And, some people with anorexia promote it as a lifestyle choice. They don't consider it an illness. Pro-anorexia (pro-ana) Web sites can be found on the Internet, and some even offer tips on which foods to avoid and how to fight hunger pangs.

Even if you do want to get better, the pull of anorexia can be difficult to overcome. Anorexia is often an ongoing, lifelong battle. Although symptoms may subside, you remain vulnerable and may have a relapse during periods of high stress or during triggering situations. For example, anorexia symptoms may subside during pregnancy only to return once your baby has been delivered. Ongoing therapy or periodic appointments during times of stress may be helpful.

When you have anorexia, it can be difficult to take care of yourself properly. In addition to professional treatment, follow these steps:

You may find it difficult to cope with anorexia when you're hit with mixed messages by the media, culture, and perhaps your own family or friends. You may even have heard people joke that they wish they could have anorexia for a while so that they could lose weight.

So how do you cope with a disease that can be deadly when you may be getting messages that being thin is a sign of success?

There's no guaranteed way to prevent anorexia or other eating disorders. Primary care physicians (pediatricians, family physicians and internists) may be in a good position to identify early indicators of an eating disorder and prevent the development of full-blown illness. They can ask questions about eating habits and satisfaction with appearance during routine medical appointments, for instance.

If you notice a family member or friend with low self-esteem, severe dieting and dissatisfaction with appearance, consider talking to him or her about these issues. Although you may not be able to prevent an eating disorder from developing, you can talk about healthier behavior or treatment options.