You are here:
Bee stings are a common outdoor nuisance. In most cases, bee stings are just annoying and pain and swelling go away quickly. Usually home treatment is all that's necessary to ease the pain of bee stings. 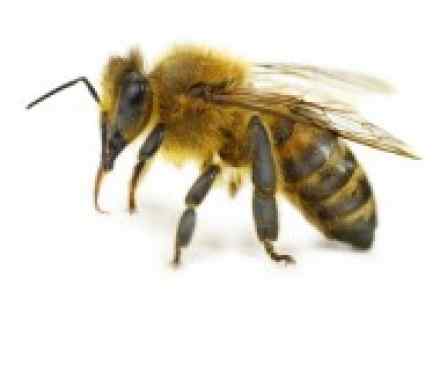 Bee stings are a common outdoor nuisance. In most cases, bee stings are just annoying and pain and swelling go away quickly. Usually home treatment is all that's necessary to ease the pain of bee stings. But if you're allergic to bee stings or you get stung numerous times, you may have a more serious reaction that requires emergency treatment. You can take several steps to avoid bee stings — and find out how to treat them if you do get stung.

Signs and symptoms of an allergic reaction to bee stings can include:

A severe allergic reaction to bee stings can cause:

A medical emergency, anaphylaxis is a full-blown allergy attack that can be life-threatening. If you have symptoms of anaphylaxis following a bee sting, seek emergency treatment immediately. Signs and symptoms include:

Most honeybees or bumblebees aren't aggressive and only sting in self-defense. In most cases, this results in one or perhaps a few bee stings. However, in some cases a person will disrupt a hive or swarm of bees and get stung multiple times. Some types of bees — such as Africanized honeybees — are more likely than are other bees to swarm, stinging in a group.

Bee stings are rarely fatal, in spite of dramatic movie scenes that might make you believe otherwise. But if you get stung more than a dozen stings, you may feel quite sick. Multiple stings can be a medical emergency in children, older adults, and people who have heart or breathing problems.

You're at increased risk of bee stings if:

You're more likely to have an allergic reaction to bee stings if:

Generally, bee stings don't cause any serious problems and symptoms get better within a few hours. However, there are possible complications.

If you've had a reaction to bee stings that suggests you might be allergic to bee venom, your doctor may suggest one or both of the following tests:

Allergy skin tests are the most accurate tests for insect allergies. But if the allergy skin test is negative — and your doctor still thinks you might have a stinging insect allergy — you may need an allergy blood test to double-check. Your doctor may also want to test you for allergies to yellow jackets, hornets and wasps — which can cause similar allergic reactions to bee stings.

For most bee stings, home treatment is enough. Multiple stings or an allergic reaction, on the other hand, can be a medical emergency that requires immediate treatment.

When a bee stings, it jabs a barbed stinger into the skin. Removing the stinger and its attached venom sac right away will keep more venom from being released.

The following steps may help ease the swelling and itching often associated with large local reactions:

During an anaphylactic attack, an emergency medical team may perform cardiopulmonary resuscitation (CPR) if you stop breathing or your heart stops beating. You may be given medications including:

If you're allergic to bee stings, your doctor will likely prescribe an emergency epinephrine autoinjector (EpiPen, Twinject). You'll need to carry it with you at all times. An autoinjector is a combined syringe and concealed needle that injects a single dose of medication when pressed against your thigh. Always be sure to replace epinephrine before its expiration date, or it may not work properly.

Be sure you know how to use the autoinjector. Also, make sure the people closest to you know how to administer the drug — if they're with you in an anaphylactic emergency, they could save your life. Medical personnel called in to respond to a severe anaphylactic reaction also may give you an epinephrine injection or another medication.

You might also consider wearing an alert bracelet that identifies your allergy to bee or other insect stings.

Bee and other insect stings are a common cause of anaphylaxis. If you've had a serious reaction to a bee sting or you've been swarmed by bees, your doctor will likely refer you to an allergy specialist (allergist) for allergy shots (immunotherapy). These shots are generally given on a regular basis for a few years and can reduce or completely eliminate your allergic response to bee venom.

Although they haven't been tested by research studies, common home remedies are sometimes used:

A number of prevention strategies can help you minimize your chance of getting stung by bees.

Know what to do when you're exposed to bees: