You are here:
Bronchiolitis is a common infection of the lungs' airways, often caused by a virus. It most frequently occurs in infants, commonly between 3 and 6 months of age. 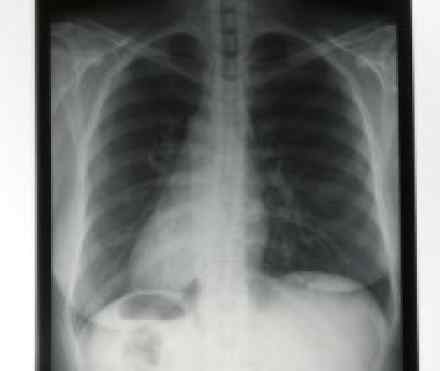 For the first two or three days, the signs and symptoms of bronchiolitis are similar to those of a common cold:

After this, there may be two or three days of:

In otherwise healthy infants, the infection generally goes away by itself in seven to 10 days. If your child was born prematurely or has underlying health problems, such as a heart or lung condition or a weakened immune system, the infection may be more severe and your child may need to be hospitalized.

Severe bronchiolitis may cause your child to have difficulty breathing or develop bluish-looking skin (cyanosis) — a sign that he or she isn't getting enough oxygen. This requires emergency medical care.

One of the greatest risk factors for getting bronchiolitis is being younger than 6 months old, because the lungs and immune system aren't yet fully developed. Boys tend to get bronchiolitis more frequently than girls do. Other factors that have been associated with an increased risk of bronchiolitis in children include:

Complications of severe bronchiolitis may include:

If these occur, your child may need hospitalization. Severe respiratory failure may require insertion of a tube into the trachea (intubation) to assist the child's breathing until the infection is brought under control. Untreated, this can be fatal.

If your infant was born prematurely, has a heart or lung condition, or has a compromised immune system, watch closely for beginning signs of bronchiolitis. The infection may rapidly become severe, and signs and symptoms of the underlying condition may become worse. In such cases, your child will usually need hospitalization to monitor his or her health and provide any necessary care.

Infrequently, bronchiolitis is accompanied by another lung infection such as bacterial pneumonia, which is treated separately. Reinfections with RSV after the initial episode may occur but typically aren't as severe. Repeated episodes of bronchiolitis may precede the development of asthma later in life, but the relationship between the two conditions is unclear.

The doctor will likely listen to your child's lungs with a stethoscope to check for wheezing and prolonged breathing out (exhaling). These may indicate obstructed airflow in the bronchioles. The doctor may consider specific risk factors for bronchiolitis as well.

Sometimes other tests are recommended, including:

Although it may not be possible to shorten the duration of your child's illness, you may be able to relieve some of the symptoms and make your child more comfortable. Here are some tips to consider:

A baby may develop bronchiolitis after catching a virus from an adult or child who has a common cold. When you have a cold, wash your hands before you touch your baby, and consider wearing a face mask as well. Frequent hand washing in general reduces the spread of viruses that cause bronchiolitis. If your child has bronchiolitis, keep him or her at home until the illness is past to avoid spreading it to others.

These other simple but effective ways can help curb spread of the infection: