You are here:
Esophagitis is inflammation that damages tissues of the esophagus, the muscular tube that delivers food from your mouth to your stomach. 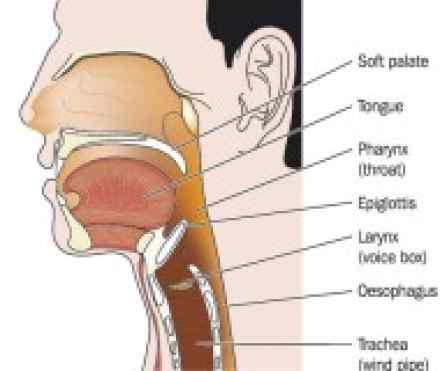 Common signs and symptoms of esophagitis include:

In young children, particularly those too young to explain their discomfort or pain, signs of esophagitis may include:

Esophagitis is generally categorized by the conditions that cause it. In some cases, more than one factor may be causing esophagitis.

A valve-like structure called the lower esophageal sphincter usually keeps the acidic contents of the stomach out of the esophagus. If this valve opens when it shouldn't or doesn't close properly, the contents of the stomach may back up into the esophagus (gastroesophageal reflux). Gastroesophageal reflux disease is a condition in which this backflow of acid is a frequent or ongoing problem. A subsequent complication of GERD is chronic inflammation and tissue damage in the esophagus.

Eosinophils are white blood cells that regulate inflammation and play a key role in allergic reactions. Eosinophilic esophagitis occurs with a high concentration of these white blood cells in the esophagus, most likely in response to an allergy-causing agent (allergen).

Several oral medications may cause tissue damage if they remain in contact with the lining of the esophagus for a prolonged period. For example, if a pill is swallowed with little or no water, the pill itself or residue from the pill may remain in the esophagus. Drugs that have been linked to esophagitis include:

Esophagitis may also be caused by a bacterial, viral, fungal or parasitic infection in tissues of the esophagus. Infectious esophagitis is relatively rare and occurs most often in people with poor immune system function, such as people with HIV/AIDS or cancer.

A fungus normally present in the mouth called Candida albicans is a common cause of infectious esophagitis. Such infections are often associated with poor immune system function, diabetes and antibiotic use.

Risk factors for esophagitis vary depending on the different causes of the disorder.

Factors that increase the risk of gastroesophageal reflux disease (GERD) — and therefore are factors in reflux esophagitis — include the following:

A number of foods may worsen symptoms of GERD or reflux esophagitis:

Factors that may increase the risk of drug-induced esophagitis are generally related to issues that prevent quick and complete passage of a pill into the stomach. These factors include:

Left untreated, esophagitis can lead to changes in the structure and function of the esophagus. Possible complications include:

Your doctor or specialist will likely make a diagnosis based on your answer to questions, a physical exam, and one or more tests. These tests may include:

For this test, you drink a solution containing a compound called barium or take a pill coated with barium. Barium coats the lining of the esophagus and stomach, and it enables the organs to be well outlined in a series of X-ray images. These images can help identify narrowing of the esophagus, other structural changes, a hiatal hernia, tumors or other abnormalities that could be causing symptoms.

With this procedure a specialist inserts a long tube equipped with a tiny camera (endoscope) down your throat and into the esophagus. Using this instrument, your doctor can view irregularities in the tissues of the esophagus and remove small tissue samples for testing. The appearance of the esophagus may also provide clues to the cause of inflammation. For example, the condition of the esophagus may look different depending on whether you have drug-induced or reflux esophagitis.

Small tissue samples removed during an endoscopic exam are sent to the lab for testing. Depending on the suspected cause of the disorder, tests may be used to:

You may undergo tests to determine if you're allergic to a food or another allergy-causing agent (allergen) that may be causing eosinophilic esophagitis. These tests may include one of the following:

Interventions for esophagitis are intended to lessen symptoms, manage complications and treat underlying causes of the disorder. Treatment strategies vary primarily based on the cause of the disorder.

Treatment for reflux esophagitis may include the following:

Treatment for eosinophilic esophagitis is primarily avoiding the allergen and reducing the allergic reaction with medications.

Treatment for drug-induced esophagitis is primarily avoiding the problem drug when possible and reducing the risk with better pill-taking habits. Your doctor may recommend:

Your doctor may prescribe a medication to treat a bacterial, viral, fungal or parasitic infection causing infectious esophagitis.

A gastroenterologist may perform a procedure to expand, or dilate, the esophagus. This treatment is generally used only when the narrowing is very severe or food has become lodged in the esophagus.

This procedure is performed with one or more endoscopic devices, small narrow tubes inserted through the esophagus. Versions of these devices may be equipped with a:

Depending on the type of esophagitis you have, you may lessen symptoms or avoid recurring problems by following these steps: