You are here:
Epilepsy symptoms can vary, depending on where the seizures originate in the brain. Seizures that begin in the front of the brain (frontal lobe seizures) may produce unusual symptoms that can appear to be related to a psychiatric problem or a sleep disorder. 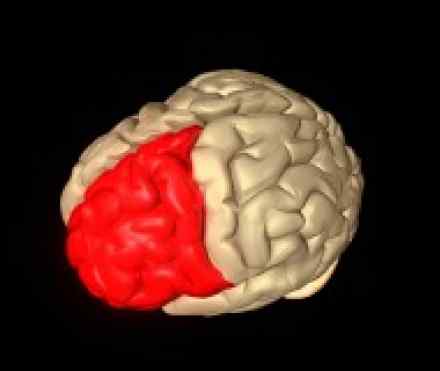 Signs and symptoms of frontal lobe seizures may include:

Frontal lobe seizures can result from abnormalities — such as tumors, vascular malformations or traumatic injuries — in the brain's frontal lobes. An abnormal gene causes a rare inherited disorder called autosomal dominant nocturnal frontal lobe epilepsy. If one of your parents has this form of frontal lobe epilepsy, you have a 50 percent chance of inheriting the gene and developing the disease yourself.

In most cases, however, the cause of frontal lobe epilepsy remains unknown.

Frontal lobe seizures tend to occur in clusters, and may provoke a dangerous condition called status epilepticus — in which seizure activity lasts much longer than usual. Seizures that last longer than five minutes should be treated as a medical emergency.

The motions that occur during frontal lobe seizures sometimes result in injuries to the people experiencing the seizures.

Frontal lobe epilepsy can be difficult to diagnose because its symptoms may be mistaken for psychiatric problems or sleep disorders, such as night terrors. Your doctor may suggest the following tests.

MRI uses radio waves and a powerful magnetic field to produce very detailed images of soft tissues such as the brain. To undergo an MRI scan, you must lie on a narrow pallet that slides into a long tube. The test often takes about an hour to complete. Some people may feel claustrophobic inside MRI machines, although the test itself is painless.

An EEG monitors the electrical activity in your brain, via a series of electrodes attached to your scalp. EEGs are often helpful in diagnosing some types of epilepsy, but may be normal in frontal lobe epilepsy.

Video EEG is usually performed during an overnight stay at a hospital's sleep clinic. Both a video camera and an EEG monitor run all night. Doctors can then match the physical manifestations of a seizure with what appears on the EEG at precisely that same time. But video EEGs are expensive and may not be available locally for everyone.

Over the past decade, treatment options have increased for frontal lobe seizures. There are newer types of anti-seizure medications and a variety of surgical procedures that may help if medications don't work.

All anti-seizure drugs seem to work equally well at controlling frontal lobe seizures, but not everyone becomes seizure-free on medication. Your doctor may try different types of anti-seizure drugs or have you take a combination of drugs to control your seizures.

If your seizures can't be controlled adequately with medications, your doctor may recommend surgery. Surgery involves pinpointing the areas of the brain where seizures occur. Two newer imaging techniques — brain single-photon emission computerized tomography (SPECT) and subtraction ictal SPECT coregistered to MRI (SISCOM) — are more accurate at identifying the area, but aren't yet widely available.

Another imaging technique, known as brain mapping, is commonly used before epilepsy surgery. Brain mapping involves implanting electrodes directly into an area of the brain and using electrical stimulation to determine whether that area has an important function, which would rule out surgery on that area.

Surgery for epilepsy may involve:

Some seizures may be triggered by excess alcohol intake or lack of sleep. Avoiding these triggers may help improve seizure control.

People who have epilepsy may be embarrassed or frustrated by their condition. Frontal lobe seizures may be especially embarrassing because they sometimes feature loud vocalizations or sexual movements.

It helps if family members can encourage a positive outlook and avoid blaming or resenting the person who has seizures. Counseling services and epilepsy support groups can assist families in learning to cope.