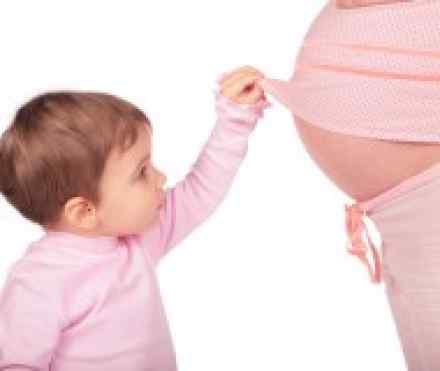 Insulin is a substance produced by your pancreas. After you eat, sugar molecules from food — called glucose — flow into your bloodstream. Insulin helps glucose move from your bloodstream into cells in your body where it can be used as energy.

During pregnancy, the placenta that surrounds your growing baby produces high levels of a variety of hormones. Almost all of them impair the action of insulin in the tissues, thereby raising blood sugar. Modest elevation of blood sugar after meals is normal during pregnancy.

As your baby grows, the placenta produces more and more insulin-interfering hormones. In gestational diabetes, the placental hormones provoke a rise in blood sugar to a level that can affect the growth and development of your baby. Gestational diabetes usually develops during the last half of pregnancy — rarely as early as the 20th week, but often not until later in the pregnancy.

Complications that may affect your baby

If you have gestational diabetes, your baby may be at increased risk of:

Rarely, untreated gestational diabetes results in a baby's death either before or shortly after birth.

Complications that may affect you

Gestational diabetes may also increase your personal risk of:

If you're diagnosed with gestational diabetes

If you're having trouble controlling your blood sugar level, you need insulin, or you have other pregnancy complications, you may need additional tests to assess your baby's general health. These tests are designed to assess the function of the placenta. This is because if your gestational diabetes is difficult to control, it may affect the placenta and endanger the exchange of oxygen and nutrients to the baby. One abnormal test result doesn't necessarily indicate a problem. Your doctor may do additional tests to more accurately assess how your baby is doing.

Blood sugar testing after you give birth