You are here:
Your thyroid is a butterfly-shaped gland located at the base of your neck just below your Adam's apple. Sometimes the thyroid gland grows larger than normal — a condition known as goiter. 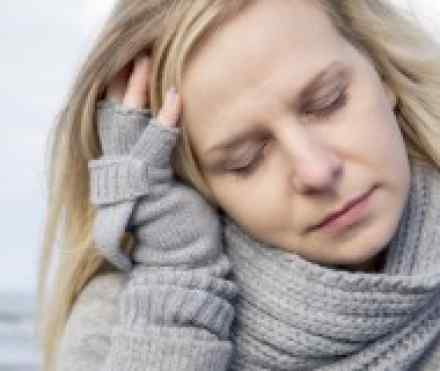 Not all goiters cause signs and symptoms. When symptoms do occur they may include:

Your thyroid gland produces two main hormones — thyroxine and triiodothyronine (T-3). These hormones circulate in your bloodstream and help regulate your metabolism. They maintain the rate at which your body uses fats and carbohydrates, help control your body temperature, influence your heart rate and help regulate the production of proteins. Your thyroid gland also produces calcitonin — a hormone that regulates the amount of calcium in your blood.

Having a goiter doesn't necessarily mean that your thyroid gland isn't working normally. Even when it's enlarged, your thyroid may produce normal amounts of hormones. It might also, however, produce too much or too little thyroxine and T-3.

A number of factors can cause your thyroid gland to enlarge. Among the most common are:

Goiters can affect anyone. They may be present at birth and occur at anytime throughout life, although they're more common after age 50. Some common risk factors for goiter include:

Small goiters that don't cause physical or cosmetic problems aren't a concern. But large goiters can make it hard to breathe or swallow and can cause a cough and hoarseness. Goiters that result from other conditions, such as hypothyroidism or hyperthyroidism, can be associated with a number of symptoms, ranging from fatigue and weight gain to unintended weight loss, irritability and trouble sleeping.

Your doctor may discover an enlarged thyroid gland simply by feeling your neck and having you swallow during a routine physical exam. In some cases, your doctor may also be able to feel the presence of nodules.