You are here:
A grand mal seizure — also known as a tonic-clonic seizure — features a loss of consciousness and violent muscle contractions. It's the type of seizure most people picture when they think about seizures in general. 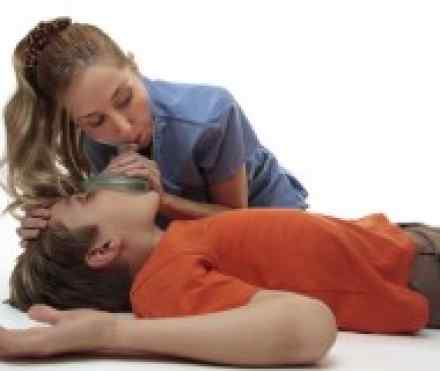 However in some people, daily anti-seizure medications are needed to control grand mal seizure.

The following signs and symptoms occur in some but not all people with grand mal seizures.

Exactly what causes the changes to occur remains unknown in about half of the cases. However, grand mal seizures are sometimes caused by underlying health problems, such as:

Other risk factors for grand mal seizures include:

People who've had grand mal seizures are advised not to swim unless wearing a life preserver because there is a real risk of drowning if a seizure occurs when you're in the water. It's recommended that people who've had seizures take showers instead of baths for the same reason. Seizures also can produce injuries associated with falling, such as joint dislocations, head injury and fractures. Sometimes, the force of the seizure itself results in injury. In extreme cases, seizures can be fatal, particularly if medication is not taken consistently or properly.

A seizure that produces either loss of awareness or control can be dangerous if you're driving a car or operating other equipment. Most states have licensing restrictions for driving for people with a history of seizures. For children, seizure disorders may result in limitations on physical activities in school.

If you've had a seizure, your doctor will usually perform a neurological exam that tests reflexes, muscle tone, muscle strength, sensory function, gait, posture, coordination and balance. He or she may also ask questions to assess your thinking, judgment and memory.

Blood tests may be ordered as appropriate to check for problems that could be causing or triggering the seizures.

Your doctor may also suggest scans or tests designed to detect abnormalities within the brain.

An EEG displays the electrical activity of your brain via electrodes affixed to your scalp. People with epilepsy often have changes in their normal pattern of brain waves, even when they're not having a seizure.

In some cases, your doctor may recommend video-EEG monitoring, which may require a hospital stay. This allows your doctor to compare — second by second — the behaviors observed during a seizure with your EEG pattern from exactly that same time. This can help your doctor pinpoint the type of seizure disorder you have, which helps to identify the most appropriate treatment options, and can help make sure that the diagnosis of seizures is correct.

An MRI machine produces detailed images of your brain. Although many people with seizures and epilepsy have normal MRIs, certain MRI abnormalities may provide a clue as to the cause of seizures in some cases.

During the test, you will lie on a padded table that slides into the MRI machine. Your head will be immobilized in a brace, to improve precision. The test is painless, but some people experience claustrophobia inside the MRI machine's close quarters. If you think you may have this problem, inform your doctor.