You are here:
Huntington's disease is a progressive, degenerative disease that causes certain nerve cells in your brain to waste away. As a result, you may experience uncontrolled movements, emotional disturbances and mental deterioration. 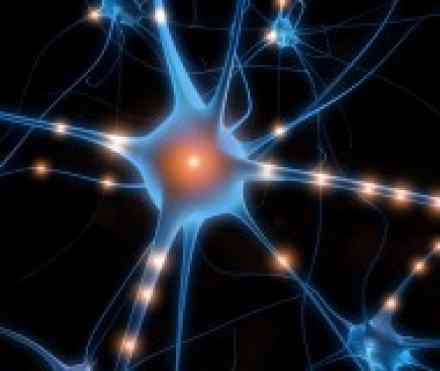 Death occurs about 10 to 30 years after signs and symptoms first appear. The disease progression may occur faster in younger people.

Early signs and symptoms of Huntington's disease often include:

Later signs and symptoms of Huntington's disease can include:

Young people who develop Huntington's disease may have signs and symptoms that mimic Parkinson's disease:

Huntington's disease is an inherited condition caused by a single abnormal gene. Doctors refer to the illness as an autosomal dominant disorder because only one copy of the defective gene, inherited from either parent, is necessary to produce the disease. If one parent has the single faulty gene, the chance that an offspring will have the defect is 50 percent. Because signs and symptoms typically first appear in middle age, some parents may not know they carry the gene until they've already had children and possibly passed on the trait.

In 2006, researchers discovered that the protein expressed by the Huntington's gene interacts with another protein to disturb the way that cholesterol accumulates in the brain. Cholesterol is essential for healthy brain cells and the network among those brain cells — but the cholesterol needs to be in proper levels and in the proper locations. When the network of brain cells is disrupted, motor skills, cognitive skills and speech can be affected. If scientists can figure out a way to disrupt this interaction between the proteins, they may eventually be able to develop a targeted drug therapy.

If one of your parents has Huntington's disease, you have a 50 percent chance of developing the disease. In rare cases, you may develop Huntington's disease without having a family history of the condition. Such an occurrence may be the result of a genetic mutation that happened during your father's sperm development.

After onset of the disease, signs and symptoms continue until death. Though the signs and symptoms vary from person to person, vital functions, such as swallowing, eating, speaking and walking, usually degenerate over time. Depression is common in Huntington's disease, and some people are at risk of suicide. However, death generally occurs as a result of complications of the disease, such as a fall or an infection like pneumonia.

During an initial evaluation, your doctor will:

If you know that one of your parents had Huntington's, ask your doctor about genetic testing. Genetic testing is generally done in a setting where pre-test counseling and post-test support are available along with testing.

Your doctor may also suggest:

These imaging tests can help your doctor identify any changes to your brain's structure and rule out other disorders.