You are here:
Lead poisoning occurs when lead builds up in the body, often over a period of months or years. Even small amounts of lead can cause serious health problems. Children under the age of 6 are especially vulnerable to lead poisoning, which can severely affect mental and physical development. 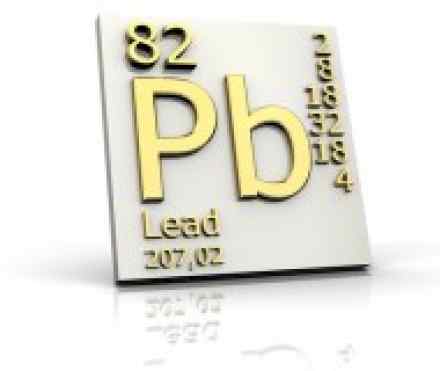 Lead poisoning occurs when lead builds up in the body, often over a period of months or years. Even small amounts of lead can cause serious health problems. Children under the age of 6 are especially vulnerable to lead poisoning, which can severely affect mental and physical development. At very high levels, lead poisoning can be fatal.

Lead-based paint and lead-contaminated dust in older buildings are the most common sources of lead poisoning in children. Other sources of lead poisoning include contaminated air, water, soil, and some toys and cosmetics. Although lead is still found widely in the environment, you can take a number of steps to help protect yourself and your family.

Initially, lead poisoning can be hard to detect — even people who seem healthy can have high blood levels of lead. Signs and symptoms usually don't appear until dangerous amounts have accumulated.

Although lead can affect almost every part of your body, it usually targets the oxygen-carrying protein in red blood cells (haemoglobin) first. In time, it attacks your nervous system.

The signs and symptoms of lead poisoning in children may include:

Babies in the womb who are exposed to lead through their mothers may have:

In some cases, these problems may persist beyond childhood.

Although children are primarily at risk, lead poisoning is also dangerous for adults. Even exposure to amounts of lead too low to cause symptoms in the short term may increase the risk of high blood pressure and mental decline in the future. Symptoms in adults may include:

Lead is a metal that occurs naturally in the earth's crust, but human activity — mining, burning fossil fuels and manufacturing — has caused it to become more widespread. Lead was also once a key ingredient in paint and gasoline and is still used in batteries, solder, pipes, pottery, roofing materials and some cosmetics.

Sources of lead contamination include:

People most at risk of harmful effects from lead in their body include:

Exposure to even low levels of lead — 10 micrograms (a microgram is one-millionth of a gram) in a deciliter (1/2 cup) of blood — can cause damage over time, especially in children. The greatest risk is to brain development, where irreversible damage may occur. Higher levels — 25 micrograms per deciliter of blood — can damage the kidneys and nervous system in both children and adults. Very high lead levels may cause seizures, unconsciousness and possibly death.

Health problems in children caused by elevated blood lead levels may include:

High levels of lead in adults may lead to:

Doctors usually use a simple blood test to detect lead poisoning. A small blood sample is taken from a finger prick or from a vein. Lead levels in the blood are measured in micrograms per deciliter (mcg/dL). An unsafe level is 10 mcg/dL or higher.