You are here:
Approximately 15 percent of couples are infertile. This means they aren't able to conceive a child even though they've had frequent, unprotected sexual intercourse for a year or longer. In about half of these cases, male infertility plays a role. 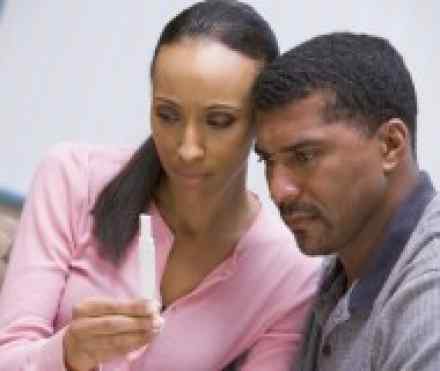 Approximately 15 percent of couples are infertile. This means they aren't able to conceive a child even though they've had frequent, unprotected sexual intercourse for a year or longer. In about half of these cases, male infertility plays a role.

Male infertility is due to low sperm production, misshapen or immobile sperm, or blockages that prevent the delivery of sperm. Illnesses, injuries, chronic health problems, lifestyle choices and other factors can play a role in causing male infertility.

Not being able to conceive a child can be stressful and frustrating, but a number of male infertility treatments are available. Approaches can include treatment for the male partner, the female partner, or both.

The main sign of male infertility is the inability to conceive a child. Often, there are no other obvious signs or symptoms. In some cases, however, an underlying problem such as an inherited hormonal imbalance or a condition that blocks the passage of sperm may cause signs and symptoms. Male infertility symptoms may include:

Male fertility is a complex process. To get your partner pregnant, you must be able to produce healthy sperm that can reach, penetrate and fertilize your partner's egg. For this to occur:

Problems with male fertility can be caused by a number of health issues and medical treatments. Some of these include:

Some other causes of male infertility include:

A number of risk factors are linked to male infertility. They include:

Infertility can be stressful for both you and your partner. Complications can include:

Many infertile couples have more than one cause of infertility, so it's likely you will both need to see a doctor. It may take a number of tests to determine the cause of infertility. In some cases, a cause is never identified. Infertility tests can be expensive and may not be covered by insurance — find out what your medical plan covers ahead of time.

Depending on initial findings, your doctor may recommend additional, more specialized tests that can help identify the cause of your infertility. These can include: