You are here:
Mental illness is a collective term that refers to all the different types of mental conditions, including those that affect your mood, your thinking and your behavior. 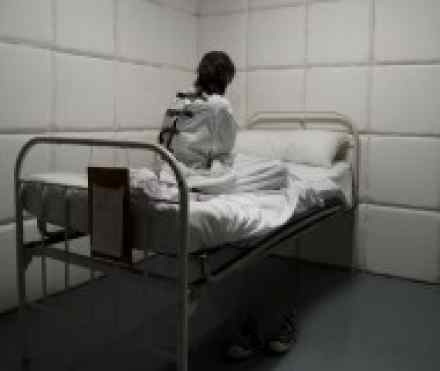 Mental illness is a collective term that refers to all the different types of mental conditions, including those that affect your mood, your thinking and your behaviour. To be classified as a mental illness, a condition must cause distress in your life and reduce your ability to function in one or more areas of your life, such as at work, in relationships or in social situations.

Signs and symptoms of mental illness can vary greatly depending on the particular disorder and your age, among other factors. Symptoms also can be related to emotions, thoughts (cognitive), behavior or physical issues.

Emotional, behavioral and cognitive symptoms of mental illness may include:

Physical symptoms of mental illness may include:

When exactly a symptom indicates a mental illness isn't black and white. For instance, what's considered an excessive fear, say of spiders or public speaking, can vary from person to person. And in some cultures and situations, certain behaviours or thoughts may be considered normal, while in other situations they may be considered abnormal.

In general, signs and symptoms may indicate a mental illness when they cause you distress and they interfere with your ability to function in your daily life. You may have trouble coping with emotions, stress or anger, for examples. Or you may find it difficult to handle family, work or school responsibilities.

With some types of mental illness, though, such as schizophrenia or bipolar disorder, you may not realize the extent of your problems — instead, it may be family or friends who are aware that you may have a mental illness.

There's no specific identifiable cause of mental illness. But mental illnesses, in general, are thought to be caused by a variety of biochemical, genetic and environmental factors:

Although the precise cause of mental illness isn't known, certain factors may increase the risk of developing or triggering mental illness, including:

Mental illness exacts a heavy toll. It's one of the leading causes of disability. Aside from reducing your overall quality of life, untreated mental illness can result in severe emotional, behavioral, health, and even legal and financial problems. Complications that mental illness may cause or be associated with include:

When doctors believe someone has a mental illness, they typically run a series of medical and psychological tests and exams. These can help rule out other problems that could be causing your symptoms, pinpoint a diagnosis and also check for any related complications. These exams and tests generally include:

Pinpointing which mental illness you have

It sometimes can be difficult to determine which particular mental illness or mental illnesses you have. For one thing, many mental illnesses share similar symptoms. Also, a diagnosis is often based largely on how you describe your symptoms, along with how your doctor interprets those symptoms and observes you behaving. Because of this, it can take some time and effort to get an accurate diagnosis. Be sure to stick with it, though, so that you can get appropriate treatment designed for your particular illness and situation.

The symptoms and clinical features for each mental illness are detailed in a book called the Diagnostic and Statistical Manual of Mental Disorders (DSM). This manual is published by the American Psychiatric Association and is used by mental health providers to diagnose mental conditions and by insurance companies to reimburse for treatment.

The main classes of mental illness are: