You are here:
Muscular dystrophy (MD) is a group of inherited muscle diseases in which muscle fibers are unusually susceptible to damage. Muscles, primarily voluntary muscles, become progressively weaker. 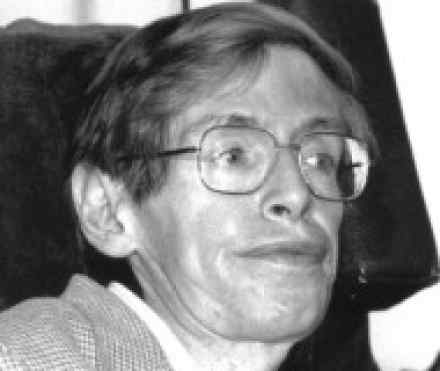 The most common types of muscular dystrophy appear to be due to a genetic deficiency of the muscle protein dystrophin.

There's no cure for muscular dystrophy, but medications and therapy can slow the course of the disease.

Specific signs and symptoms vary among the different forms of MD. Each type is different in the age of onset, which parts of the body the symptoms primarily affect and how rapidly the disease progresses.

These types of muscular dystrophies are due to a genetic defect of the protein dystrophin.

Duchenne's muscular dystrophy is the most severe form of dystrophinopathy. It occurs mostly in young boys and is the most common form of MD that affects children. Signs and symptoms of Duchenne's MD may include:

Signs and symptoms of Duchenne's usually appear between the ages of 2 and 3. It first affects the muscles of the pelvis, upper arms and upper legs. By late childhood, most children with this form of muscular dystrophy are unable to walk. Most die by their 20s or early 30s, often from pneumonia, respiratory muscle weakness or cardiac complications. Some people with Duchenne's MD may exhibit curvature of their spine (scoliosis).

Becker's muscular dystrophy is a milder form of dystrophinopathy. It generally affects older boys and young men, and progresses more slowly, usually over several decades. Signs and symptoms of Becker's MD are similar to those of Duchenne's. The onset of the signs and symptoms is generally around age 11, but may not occur until the mid-20s or even later. Those affected by Becker's MD usually are able to walk through their teens, and often well into adulthood.

Although this form of MD can affect children, it often doesn't affect people until adulthood. It can vary greatly in its severity. Muscles may feel stiff after using them. Progression of this form of MD is slow. Besides myotonia, signs and symptoms of adult-onset myotonic dystrophy may include:

Rarely, infants have this form of muscular dystrophy, in which case it's called congenital myotonic dystrophy. The infant form is more severe, although infants with myotonic dystrophy don't experience myotonia. Signs in infants may include:

When someone with facioscapulohumeral MD raises his or her arms, the shoulder blades may stick out like wings. Progression of this form is slow, with some spurts of rapidly increasing weakness. Onset usually occurs during the teen to early adult years.

Other major types of muscular dystrophy

The other major types of muscular dystrophy include:

Muscles usually affected first by this form of muscular dystrophy include:

This form then progresses to the arms and legs, though progression is slow. Limb-girdle MD may begin from early childhood to adulthood.

Congenital MD is apparent at birth or becomes evident before age 2. The course of this disorder varies significantly depending on the type. Some forms of congenital MD progress slowly and cause only mild disability, while others progress rapidly and cause severe impairment.

The first sign of this type of muscular dystrophy is usually drooping of the eyelids, followed by weakness of the muscles of the eye, face and throat, resulting in difficulty swallowing. Progression is slow. Signs and symptoms first appear in adulthood, usually in a person's 40s or 50s.

This group involves the muscles farthest away from the center of the body (distal muscles) — those of the hands, forearms, feet and lower legs. The severity is generally less than for other forms of MD, and this form tends to progress slowly. Distal MD generally begins in adulthood between the ages of 40 and 60.

This form of muscular dystrophy usually begins in the muscles of the:

Cardiac arrhythmias, stiffness of the spine and muscle contractures are other features of Emery-Dreifuss MD. Emery-Dreifuss MD usually begins in the childhood to early teen years and progresses slowly.

Though in some cases the MFMs affect only the muscles closest to the center of the body (proximal muscles) — such as the shoulder and hip muscles — the distal muscles also are usually involved. This group of muscle disorders also is commonly associated with:

Patterns differ for other types of MD

A careful review of your family's history of muscle disease can help your doctor reach a diagnosis. In addition to a medical history review and physical examination, your doctor may rely on the following in diagnosing muscular dystrophy: