You are here:
Myasthenia gravis is characterized by weakness and rapid fatigue of any of the muscles under your voluntary control. The cause of myasthenia gravis is a breakdown in the normal communication between nerves and muscles. 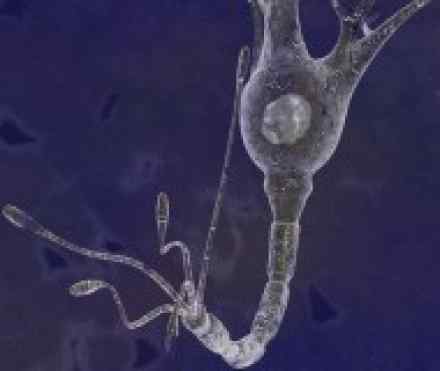 There is no cure for myasthenia gravis, but treatment can help relieve signs and symptoms — such as weakness of arm or leg muscles, double vision, drooping eyelids, and difficulties with speech, chewing, swallowing and breathing.

While myasthenia gravis can affect people of any age, it's more common in women younger than 40 and in men older than 60. The disorder occurs in one or two people per 10,000.

In more than half the people who develop myasthenia gravis, their first signs and symptoms involve eye problems, such as:

In about 15 percent of people with myasthenia gravis, the first symptoms involve face and throat muscles, which can cause difficulties with:

Myasthenia gravis can cause weakness in your arms and legs, but this usually happens in conjunction with muscle weakness in other parts of your body — such as your eyes, face or throat. The disorder usually affects arms more often than legs. However, if it affects your legs, you may waddle when you walk.

It's believed that the thymus gland, a part of your immune system located in the upper chest beneath the breastbone, may trigger or maintain the production of these antibodies. Large in infancy, the thymus is small in healthy adults. But, in some adults with myasthenia gravis, the thymus is abnormally large. Some people also have tumors of the thymus. Usually, thymus gland tumors are noncancerous.

Some factors can make myasthenia gravis worse, including:

Complications of myasthenia gravis are treatable, but some can be life-threatening.

Myasthenic crisis is a life-threatening condition, which occurs when the muscles that control breathing become too weak to do their jobs. Emergency treatment is needed to provide mechanical assistance with breathing. Medications and blood-filtering therapies help people recover from myasthenic crisis, so they can again breathe on their own.

About 15 percent of the people who have myasthenia gravis have a tumor in their thymus, a gland under the breastbone that is involved with the immune system. Most of these tumors are noncancerous.

People who have myasthenia gravis are also more likely to have the following problems:

The key sign that points to the possibility of myasthenia gravis is muscle weakness that improves with rest. Tests to help confirm the diagnosis may include:

Injection of the chemical edrophonium (Tensilon) may result in a sudden, although temporary, improvement in your muscle strength — an indication that you may have myasthenia gravis. Edrophonium acts to block an enzyme that breaks down acetylcholine, the chemical that transmits signals from your nerve endings to your muscle receptor sites.

A blood test may reveal the presence of abnormal antibodies that disrupt the receptor sites where nerve impulses signal your muscles to move.

This is a type of nerve conduction study, in which electrodes are attached to your skin over the muscles to be tested. Small pulses of electricity are sent through the electrodes to measure the nerve's ability to send a signal to your muscle. To diagnose myasthenia gravis, the nerve will be tested many times to see if its ability to send signals worsens with fatigue.

Electromyography (EMG) measures the electrical activity traveling between your brain and your muscle. It involves inserting a very fine wire electrode through your skin and into a muscle. In single-fiber EMGs, a single muscle fiber is tested. Most people find this test to be somewhat uncomfortable.

Your doctor may order a CT scan or an MRI to see if there's a tumor or other abnormality in your thymus.