You are here:
Receiving a diagnosis of ovarian cancer is difficult and life changing. Fortunately, medical advances have made treatments more effective. Women diagnosed in the earliest stages have a five-year survival rate of nearly 93 percent. 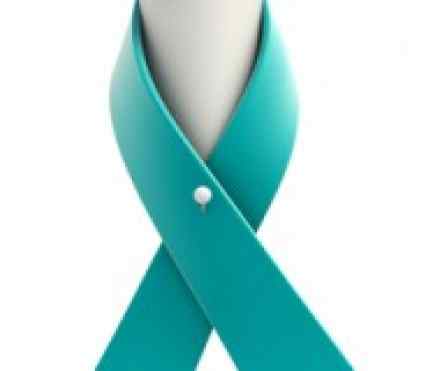 Receiving a diagnosis of ovarian cancer is difficult and life changing. Fortunately, medical advances have made treatments more effective. Women diagnosed in the earliest stages have a five-year survival rate of nearly 93 percent.

Until recently, ovarian cancer was known as a "silent killer" because it usually wasn't found until it had spread to other areas of your body. But new evidence shows that most women may have symptoms even in the early stages, and awareness of symptoms may hopefully lead to earlier detection.

Early detection is important; still, only about 20 percent of ovarian cancers are found before tumor growth has spread beyond the ovaries. Your chance of surviving ovarian cancer is better if the cancer is found early.

Symptoms of ovarian cancer are nonspecific and mimic those of many other more common conditions, including digestive and bladder disorders. A woman with ovarian cancer may be diagnosed with another condition before finally learning she has cancer. Common misdiagnoses include irritable bowel syndrome, stress and depression.

The key seems to be persistent or worsening signs and symptoms. With most digestive disorders, symptoms tend to come and go, or they occur in certain situations or after eating certain foods. With ovarian cancer, there's typically little fluctuation — symptoms are constant and gradually worsen.

Recent studies have shown that women with ovarian cancer are more likely than are other women to consistently experience the following symptoms:

Additional signs and symptoms that women with ovarian cancer may experience include:

Women have two ovaries, one on either side of the uterus. The ovaries — each about the size of an almond — produce eggs (ova) as well as the female sex hormones estrogen and progesterone. An ovarian tumor is a growth of abnormal cells that may be either noncancerous (benign) or cancerous (malignant). Although benign tumors are made up of abnormal cells, these cells don't spread to other body tissues (metastasize). Ovarian cancer cells metastasize in one of two ways. Generally, they spread directly to adjacent tissue or organs in the pelvis and abdomen. They can also spread through your bloodstream or lymph channels to other parts of your body.

Three basic types of ovarian tumors exist, designated by where they form in the ovary. They include:

The exact cause of ovarian cancer remains unknown. Some researchers believe it has to do with the tissue-repair process that follows the monthly release of an egg through a tiny tear in an ovarian follicle (ovulation) during a woman's reproductive years. The formation and division of new cells at the rupture site may set up a situation in which genetic errors occur. Others propose that the increased hormone levels before and during ovulation may stimulate the growth of abnormal cells.

Because no standardised screening test exists to reliably detect ovarian cancer, doctors don't recommend screening for this type of cancer for most women. If you have a high risk of ovarian cancer, you need to have a careful discussion with your doctor about the risks and benefits of undergoing screening tests. While you may wonder what harm could come from a screening test, such tests can lead to unnecessary operations or other procedures that have significant side effects. Along with the potential complications of surgery, unnecessary procedures can cause anxiety, loss of work and substantial financial costs.

Several screening tests for ovarian cancer are commercially available, but none has been proved to lead to an early diagnosis that improves outcome. Additionally, these tests may lead to false-positives, which may subject women to unnecessary procedures and worry.

If your doctor suspects your symptoms suggest the presence of ovarian cancer, he or she may recommend one or more of the following tests to diagnose ovarian cancer:

Other diagnostic tests may include computerized tomography (CT) and magnetic resonance imaging (MRI), which both provide detailed, cross-sectional images of the inside of your body. Your doctor may also order a chest X-ray to determine if cancer has spread to the lungs or to the pleural space surrounding the lungs, where fluid can accumulate. If fluid is present, a needle may be inserted into the space to remove it. The fluid is then checked in the laboratory for cancer cells.

If these tests suggest ovarian cancer, you'll need an operation to confirm the diagnosis. In a surgical procedure called laparotomy, a gynecologic oncologist makes an incision in your abdomen and explores your abdominal cavity to determine whether cancer is present. The surgeon may collect samples of abdominal fluid and remove an ovary for examination by a pathologist.

In certain cases, a less invasive surgical procedure called laparoscopy may be used. Laparoscopy requires only a couple of small incisions, through which a lighted instrument is inserted, along with small tools used to perform the surgery. Laparoscopy may be used if a surgeon wants to remove a tissue mass to determine whether it's cancerous before proceeding with a more invasive operation.

If ovarian cancer is confirmed, the surgeon and pathologist identify the type of tumor and determine whether the cancer has spread. This will help determine the stage of the disease. The surgeon usually will then need to extend the incision so that he or she can perform a more extensive operation to remove as much cancer as possible. It's important that this type of surgery be performed by a doctor specifically trained to treat gynecologic cancers.

Before you have a diagnostic operation, talk with your doctor about what your treatment options will be if you turn out to have a noncancerous abnormality on your ovary. If you're near or past menopause, your doctor may recommend removing both of your ovaries to decrease your risk of ovarian cancer.

Ovarian cancer is classified in stages I through IV, with stage I being the earliest and stage IV, the most advanced. Staging is determined at the time of surgical evaluation of the disease: