You are here:
Plague is a life-threatening infection caused by the organism Yersinia pestis. There are three types of plague. Bubonic plague is the most common type in humans. Infected fleas transmit Y. pestis. 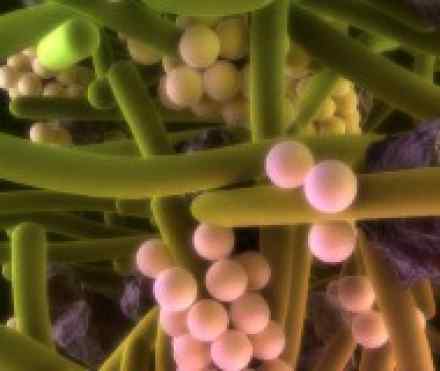 Plague is a life-threatening infection caused by the organism Yersinia pestis. There are three types of plague. Bubonic plague is the most common type in humans. Infected fleas transmit Y. pestis primarily among rodents. When an outbreak kills many rodents, infected fleas can jump to other animals and humans, spreading the infection. Improved living conditions and health services have made human outbreaks uncommon, but occasional plague cases occur.

Concern exists about the use of plague as a biological weapon. Plague bacteria could be put into a form that might be sprayed through the air, infecting anyone inhaling it and causing pneumonic plague. This form affects your lungs and can spread from person to person.

There are three types of plague: bubonic, septicemic and pneumonic. Signs and symptoms vary depending on the type of plague. It's possible to develop more than one type.

Signs and symptoms of bubonic plague generally appear within two to eight days of a plague-infected fleabite. After you're bitten, the bacteria travel through your lymphatic system, infecting the first lymph node they reach. The resulting enlarged lymph node (bubo) is usually 1 to 10 centimeters in diameter, swollen, painful and warm to the touch. It can cause so much pain that you can't move the affected part of your body. The bubo usually develops in your groin, but may also appear in your armpit or neck, depending on where the flea bit you.

Signs and symptoms of bubonic plague include:

Signs and symptoms include:

Pneumonic plague — which can occur as a complication of another type of plague or by inhaling infectious droplets coughed into the air by a person or animal — is the least common form of plague. But it's also the most rapidly fatal. Early signs and symptoms, which generally occur within a few hours to a few days after inhaling contaminated droplets, include:

Pneumonic plague progresses rapidly and may cause respiratory failure and shock within two days of infection. If antibiotic treatment isn't initiated within a day after signs and symptoms first appear, the infection is likely to be fatal.

Plague has afflicted humans throughout history. The cause of plague, the Yersinia pestis bacterium, was discovered in 1894 by Alexandre Yersin. Soon after, scientists realised that fleas transmitted the bacteria. Three types of plague exist.

Bubonic plague is the most common type of plague in humans. It's usually caused by a bite from an infected flea. Y. pestis bacteria primarily infect animals such as squirrels, rabbits and prairie dogs. You may become infected by a fleabite if you're in close contact with such animals. The bacteria can also enter through a cut in your skin if you handle these animals. Domestic cats that come into contact with infected animals also may transmit the infection to humans.

Septicemic plague occurs when plague bacteria multiply in your bloodstream. This happens when bacteria transmitted by a fleabite enter directly into your bloodstream, or as a complication of bubonic or pneumonic plague.

Plague as a bioterrorism agent

Plague is also one of a number of potential agents of bioterrorism, along with anthrax, smallpox, botulism, tularemia and nerve gases. It's possible that plague bacteria could be turned into an aerosol and then be spread over large populations.

Certain factors may put you at greater risk of plague:

Complications of plague may include:

With prompt treatment, the overall fatality rate from plague is less than 15 percent. Without treatment, mortality rates can be as high as 60 percent for bubonic plague and 100 percent for pneumonic plague. Death can occur within days after symptoms first appear if treatment doesn't begin promptly.

Your doctor may suspect plague if you live in a high-risk region or report a suspicious exposure. With the exception of a visible bubo, signs and symptoms often mimic other, much more common infectious diseases.

You'll likely be asked to describe the type and severity of your symptoms and tell your doctor about your recent history, including whether you've been exposed to sick animals or travelled to areas with plague.

Your doctor may also test blood drawn from your veins to diagnose plague. Y. pestis bacteria generally are present in your bloodstream only if you have septicemic plague.