You are here:
Skin cancer — the abnormal growth of skin cells — most often develops on skin exposed to the sun. But this common form of cancer can also occur on areas of your skin not ordinarily exposed to sunlight. 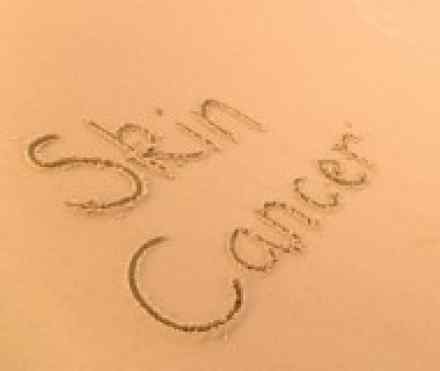 Skin cancer — the abnormal growth of skin cells — most often develops on skin exposed to the sun. But this common form of cancer can also occur on areas of your skin not ordinarily exposed to sunlight.

You can reduce your risk of skin cancer by limiting or avoiding exposure to ultraviolet (UV) radiation. Checking your skin for suspicious changes can help detect skin cancer at its earliest stages. Early detection of skin cancer gives you the greatest chance for successful skin cancer treatment.

Skin cancer develops primarily on areas of sun-exposed skin, including the scalp, face, lips, ears, neck, chest, arms and hands, and on the legs in women. But it can also form on areas that rarely see the light of day — your palms, beneath your fingernails, the spaces between your toes or under your toenails, and your genital area.

Melanoma can develop anywhere on your body, in otherwise normal skin or in an existing mole that becomes cancerous. Melanoma most often appears on the trunk, head or neck of affected men. In women, this type of cancer most often develops on the lower legs. In both men and women, melanoma can occur on skin that hasn't been exposed to the sun. Melanoma can affect people of any skin tone. In people with darker skin tones, melanoma tends to occur on the palms or soles, or under the fingernails or toenails.

Other, less common types of skin cancer include:

Skin cancer occurs when errors (mutations) form the in the DNA of healthy skin cells. The mutations cause the cells to grow out of control and form a mass of cancer cells.

Skin cancer begins in your skin's top layer — the epidermis. The epidermis is a thin layer that provides a protective cover of skin cells that your body continually sheds. The epidermis contains three main types of cells:

Where your skin cancer begins determines its type and your treatment options.

Ultraviolet light and other potential causes

Much of the damage to DNA in skin cells results from ultraviolet (UV) radiation found in sunlight and in commercial tanning lamps and tanning beds. But sun exposure doesn't explain skin cancers that develop on skin not ordinarily exposed to sunlight. This indicates that other factors may contribute to your risk of skin cancer, such as being exposed to toxic substances or having a condition that weakens your immune system.

Factors that may increase your risk of skin cancer include:

To diagnose skin cancer, your doctor may:

Determining the extent of the skin cancer

The skin cancer's stage helps determine which treatment options will be most effective.