You are here:
Spina bifida is part of a group of birth defects called neural tube defects. The neural tube is the embryonic structure that eventually develops into the baby's brain and spinal cord and the tissues that enclose them. 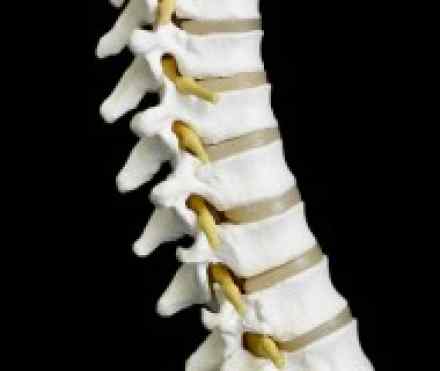 Spina bifida is part of a group of birth defects called neural tube defects. The neural tube is the embryonic structure that eventually develops into the baby's brain and spinal cord and the tissues that enclose them.

Normally, the neural tube forms early in the pregnancy and closes by the 28th day after conception. In babies with spina bifida, a portion of the neural tube fails to develop or close properly, causing defects in the spinal cord and in the bones of the backbone.

Spina bifida occurs in various forms of severity. When treatment for spina bifida is necessary, it's done through surgery, although such treatment doesn't always completely resolve the problem.

Spina bifida occurs in three forms, each varying in severity:

Doctors aren't certain what causes spina bifida. As with many other problems, it appears to result from a combination of genetic and environmental risk factors, such as a family history of neural tube defects and folic acid deficiency.

Although doctors and researchers don't know for sure why spina bifida occurs, they have identified a few risk factors:

If you have known risk factors for spina bifida, talk with your doctor to determine if you need a larger dose or prescription dose of folic acid, even before a pregnancy begins. If you take medications, tell your doctor. Some medications can be adjusted to diminish the potential risk of spina bifida, if plans are made ahead of time.

Spina bifida may occasionally cause no symptoms or only minor physical disabilities. More frequently, it leads to severe physical and mental disabilities. Factors that affect the severity of complications include:

If you're pregnant, you'll be offered prenatal screening tests to check for spina bifida and other birth defects. The tests aren't perfect. Even if the results are negative, there's still a small chance that spina bifida is present, and most mothers who have positive blood tests have normal babies. Talk to your doctor about prenatal testing, its risks and how you might handle the results. Prenatal testing is a personal choice.

The primary test used to check for myelomeningocele is the maternal serum alpha-fetoprotein (MSAFP) test. To perform this test, your doctor draws a blood sample and sends it to a laboratory, where it's tested for alpha-fetoprotein (AFP) — a protein that's produced by the fetus. It's normal for a small amount of AFP to cross the placenta and enter the mother's bloodstream, but abnormally high levels of AFP suggest that the fetus has a neural tube defect, most commonly spina bifida or anencephaly, a condition characterized by an underdeveloped brain and an incomplete skull.

Some spina bifida cases don't produce a high level of AFP. On the other hand, when a high level of AFP is found, a neural tube defect is present only a small percentage of the time. Varying levels of AFP can be caused by other factors — including a miscalculation in fetal age or multiple fetuses — so your doctor may order a follow-up blood test for confirmation. If the results are still high, you'll need further evaluation, including an ultrasound examination.

Your doctor may perform the MSAFP test with two or three other blood tests, which look for:

Depending on the number of tests, the combination is called a triple screen or quadruple screen (quad screen). These tests are commonly done with the MSAFP test, but their objective is to screen for trisomy 21 (Down syndrome), not neural tube defects.

Many obstetricians rely on ultrasonography to screen for spina bifida. If blood tests indicate high AFP levels, your doctor will suggest an ultrasound exam to help determine why. The most common ultrasound exams bounce high-frequency sound waves off tissues in your body to form black-and-white images on a video monitor.

The information these images provide can help establish whether there's more than one fetus and can help confirm gestational age — two factors that can affect AFP levels. An advanced ultrasound can also detect signs of spina bifida, such as an open spine or particular features in your baby's brain that indicate spina bifida.

In expert hands, ultrasound today is quite effective in detecting spina bifida and assessing its severity. Ultrasound is safe for both mother and baby.

If a blood test shows high levels of AFP in your blood but the ultrasound is normal, your doctor may offer amniocentesis. During amniocentesis, your doctor uses a needle to remove a sample of fluid from the amniotic sac that surrounds the fetus. An analysis indicates the level of AFP present in the amniotic fluid.

A small amount of AFP is normally found in amniotic fluid. However, when an open neural tube defect is present, the amniotic fluid contains an elevated amount of AFP because the skin surrounding the baby's spine is gone and AFP leaks into the amniotic sac. A second test can be done on the same sample to reliably confirm that a neural tube defect is present.

Discuss the risks of this test, including a slight risk of loss of the pregnancy, with your doctor.