You are here:
Syphilis is a bacterial infection usually spread by sexual contact. The disease starts as a painless sore on your genitals, mouth or another part of your body. If untreated, syphilis can damage your heart and brain. 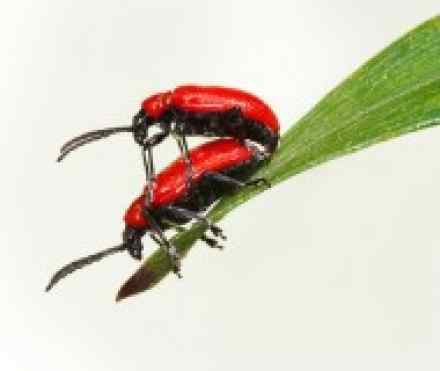 Syphilis is a bacterial infection usually spread by sexual contact. The disease starts as a painless sore on your genitals, mouth or another part of your body. If untreated, syphilis can damage your heart and brain.

Syphilis rates in the United States have been rising since 2000. Nearly two-thirds of new infections occur in men who have sex with men, according to the Centers for Disease Control and Prevention. Rates have also risen among young women. Syphilis affects a higher percentage of African-Americans than whites.

Syphilis progresses in stages and can lead to serious complications or death. Having syphilis also makes you more vulnerable to HIV. When caught early, syphilis can be cured with antibiotics.

Syphilis develops in four stages, and symptoms vary with each stage. But the stages may overlap, and symptoms don't always occur in the same order. You may be infected with syphilis and not notice any symptoms for years. If you have HIV infection at the same time, the symptoms of syphilis may be somewhat different than without HIV infection.

These signs may occur from 10 days to three months after exposure:

The sore will heal without treatment, but the syphilis infection remains. In some people, syphilis then moves to the secondary stage.

The signs and symptoms of secondary syphilis begin two to 10 weeks after the chancre appears and may include:

These signs and symptoms may disappear within a few weeks or repeatedly come and go for as long as a year.

If you aren't treated for syphilis, the disease moves from the secondary to the latent (hidden) stage, when you have no symptoms. The latent stage can last for years. Signs and symptoms may never return, or the disease may progress to the tertiary (third) stage.

About 15 to 30 percent of people infected with syphilis who don't get treatment will develop complications known as tertiary, or late, syphilis. In the late stages, the disease may damage your brain, nerves, eyes, heart, blood vessels, liver, bones and joints. These problems may occur many years after the original infection.

Some of the signs and symptoms of late syphilis include:

If you're pregnant, you may pass syphilis to your unborn baby. Blood containing the bacteria reaches the fetus through the placenta, the organ that nourishes the developing baby. This is known as congenital syphilis.

Most infants born with syphilis have no symptoms of the disease. Almost all develop symptoms by 3 months of age, though some children with congenital syphilis show no signs of the disease until after age 2.

Early signs and symptoms, which occur before the age of two, may include:

If not treated right away, the baby may experience serious problems, including:

The cause of syphilis is a bacterium called Treponema pallidum. The most common route of transmission is through contact with an infected person's sore during sexual activity. The bacteria enter your body through minor cuts or abrasions in your skin or mucous membranes. Syphilis is contagious during its primary and secondary stages, and sometimes in the early latent period.

Less commonly, syphilis may spread through transfusion of infected blood, through direct unprotected close contact with an active lesion (such as during kissing), or through an infected mother to her baby during pregnancy or childbirth (congenital syphilis).

Treponema pallidum is sensitive to light, air and changes in temperature. Because of this, you won't get syphilis from using the same toilet, bathtub, clothing or eating utensils as an infected person, or from doorknobs, swimming pools or hot tubs.

You face an increased risk of acquiring syphilis if you:

The more sexual partners you have, the more likely you are to get syphilis or another sexually transmitted disease (STD). Even if you've had syphilis and been treated for it previously, you can get it again.

Without treatment, syphilis can lead to damage throughout your body. Syphilis also increases the risk of HIV infection and, for women, can cause problems during pregnancy. Treatment can help prevent future damage but can't repair or reverse damage that's already occurred.

Called gummas, these bumps can develop on your skin, bones, liver or any other organ in the late stage of syphilis. If you're treated during this stage, the gummas will usually disappear.

In the late stage, syphilis can cause a number of problems with your nervous system, including:

These may include bulging (aneurysm) and inflammation of the aorta — your body's major artery — and of other blood vessels. Syphilis may also cause valvular heart disease, such as aortic valve stenosis.

Adults with sexually transmitted syphilis or other genital ulcers have an estimated two- to five-fold increased risk of contracting HIV. A syphilis sore can bleed easily, providing an easy way for HIV to enter your bloodstream during sexual activity.

About 40 percent of babies who contract syphilis from their mothers will die — either through miscarriage, stillbirth or within a few days of birth. The chance of premature (preterm) birth also is higher.

Syphilis can be diagnosed by blood tests or by testing a sample of fluid from sores.

Blood tests can confirm the presence of antibodies that the body produces to fight infection. The antibodies to the bacteria that cause syphilis remain in your body for years, so the test can be used to determine a current or past infection.

Your doctor may scrape a small sample of cells from a sore to be analyzed by microscope in a lab. This test can only be done during primary or secondary syphilis, when sores are present. The scraping can reveal the presence of bacteria that cause syphilis.

If it's suspected that you have nervous system complications of syphilis, your doctor may also suggest collecting a sample of cerebrospinal fluid through a procedure called a lumbar puncture (spinal tap).