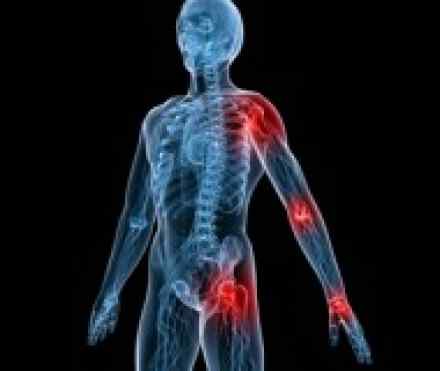 What are the Symptoms?

Early signs and symptoms of ankylosing spondylitis may include:

As your condition progresses

Your condition may change over time, with symptoms getting worse, improving or completely stopping at any point. Over time the pain and stiffness, which usually begin gradually, may progress up your spine and to other joints. You may experience inflammation and pain in these other parts of your body:

In advanced stages, the following signs and symptoms may develop:

What are the Risk factors?

How is Ankylosing Spondylitis Diagnosed?

Diagnosis of ankylosing spondylitis may be delayed if your symptoms are mild or if you mistakenly attribute some of your symptoms to more common back problems.

To determine the cause of your discomfort, your doctor will conduct a medical history and complete a physical examination. Then, your doctor may use the following diagnostic procedures:

The goal of treatment is to relieve your pain and stiffness, and prevent or delay complications and spinal deformity. Ankylosing spondylitis treatment is most successful before the disease causes irreversible damage to your joints, such as fusion, especially in positions that limit your function.

Your doctor may recommend that you take one or more of the following medications:

Can Ankylosing Spondylitis be Prevented?