You are here:
Bile reflux occurs when bile — a digestive fluid produced in the liver — flows upward from your small intestine into your stomach and esophagus. 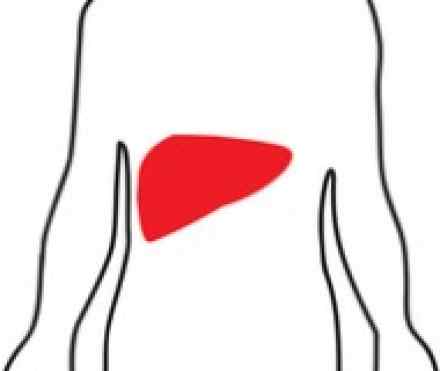 Instead, bile reflux is most often managed with medications or, in severe cases, with surgery.

Bile reflux can be difficult to distinguish from acid reflux — the signs and symptoms are similar, and the two conditions may occur at the same time. But unlike acid reflux, bile reflux inflames the stomach, often causing a gnawing or burning pain in the upper abdomen.

Bile is a greenish-yellow fluid that's essential for digesting fats and for eliminating worn-out red blood cells and certain toxins from your body. It's produced in your liver and stored in your gallbladder in a highly concentrated form.

Eating a meal that contains even a modest amount of fat signals your gallbladder to release bile, which flows through two small tubes (cystic duct and common bile duct) into the upper part of your small intestine (duodenum).

Bile reflux into the stomach

At the same time that bile is entering the duodenum, food enters your small intestine through the pyloric valve, a heavy ring of muscle located at the outlet of your stomach. Ordinarily, the pyloric valve opens just slightly — enough to release about an eighth of an ounce (about 3.5 milliliters) of liquefied food at a time, but not enough to allow digestive juices to backup (reflux) into the stomach. In many cases of bile reflux, the valve doesn't close properly, and bile backwashes into the stomach, where it causes irritation and inflammation (gastritis).

Bile reflux into the esophagus

Bile reflux may be caused by:

A sticky mucous coating protects the lining of your stomach from the corrosive effects of stomach acid, but the esophagus doesn't have this protection. This lack of protection is why bile reflux and acid reflux can seriously damage esophageal tissue. And although bile reflux can injure the esophagus on its own, the combination of bile and acid reflux seems to be particularly harmful, increasing the risk of complications, such as:

Doctors often can diagnose a reflux problem from a description of symptoms. But distinguishing between acid reflux and bile reflux is difficult and requires further testing. You're also likely to have tests to check for damage to your esophagus and stomach as well as for precancerous changes.

One prescription medication for bile reflux treatment is ursodeoxycholic acid, which helps promote bile flow. This medication may lessen the frequency of symptoms and the severity of pain associated with bile reflux. If bile reflux results from delayed stomach emptying, your doctor may prescribe drugs to increase the rate at which food moves through your stomach.

Drugs called proton pump inhibitors are often prescribed for the treatment of GORD and Barrett's esophagus. Although the primary purpose of these medications, which include esomeprazole (Nexium) and lansoprazole (Zoton), is to block acid production, they may also help reduce bile reflux.

When medications fail to reduce severe symptoms or there are precancerous changes in the esophagus, doctors sometimes recommend surgery. Because some types of operations are often more successful than others, be sure to discuss the pros and cons carefully with your doctor.

Unlike acid reflux, which can be caused or aggravated by eating certain foods and by smoking, obesity and excess alcohol consumption, bile reflux seems unrelated to lifestyle factors. But because many people experience both acid reflux and bile reflux, making some lifestyle changes may help relieve your symptoms:

Many people with frequent heartburn use over-the-counter or alternative therapies for symptom relief. Remember that even natural remedies can have risks and side effects, including potentially serious interactions with prescription medications. Always do careful research and talk with your doctor before trying an alternative therapy.

Although no alternative therapies have been found to specifically relieve bile reflux, some have been proven to help protect against and relieve esophageal inflammation. These include: