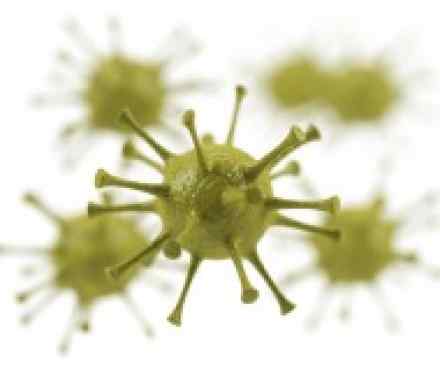 Worldwide, there is an estimated one case of Creutzfeldt-Jakob disease diagnosed per million people each year, most commonly in older adults.

Creutzfeldt-Jakob disease is marked by rapid mental deterioration, usually within a few months. Initial signs and symptoms of CJD typically include:

As the disease progresses, mental symptoms worsen. Most people eventually lapse into a coma. Heart failure, respiratory failure, pneumonia or other infections are generally the cause of death. The disease usually runs its course in about seven months, although a few people may live up to one or two years after diagnosis.

In people with the rarer vCJD, psychiatric symptoms may be more prominent in the beginning, with dementia — the loss of the ability to think, reason and remember — developing later in the course of the illness. In addition, this variant affects people at a younger age than classic CJD does, and appears to have a slightly longer duration — 12 to 14 months.

How CJD is transmitted

The risk of CJD is low. The disease can't be transmitted through coughing or sneezing, touching or sexual contact. The three ways it develops are:

Most cases of Creutzfeldt-Jakob disease occur for unknown reasons, and no risk factors can be identified. However, a few factors seem to be associated with different kinds of CJD.

As with other causes of dementia, Creutzfeldt-Jakob disease profoundly affects the mind as well as the body, although CJD and its variants usually progress much more rapidly. People with CJD usually withdraw from friends and family and eventually lose the ability to recognize or relate to them in any meaningful way. They also lose the ability to care for themselves, and many eventually slip into a coma. The disease ultimately is fatal.

Physical complications, all of which may become life-threatening, include:

Only a brain biopsy or an examination of brain tissue after death (autopsy) can confirm the presence of Creutzfeldt-Jakob disease. But doctors often can make an accurate diagnosis based on your medical and personal history, a neurological exam, and certain diagnostic tests.

The exam is likely to reveal such characteristic symptoms as muscle twitching and spasms, abnormal reflexes, and coordination problems. People with CJD also may have areas of blindness and changes in visual-spatial perception.

In addition, doctors commonly use these tests to help detect CJD:

No effective treatment exists for Creutzfeldt-Jakob disease or any of its variants. A number of drugs have been tested — including steroids, antibiotics and antiviral agents — and have not shown benefits. For that reason, doctors focus on alleviating pain and other symptoms and on making people with these diseases as comfortable as possible.

There is no known way to prevent sporadic CJD from developing. If you have a family history of neurological disease, you may benefit from talking with a genetics counselor, who can help you sort through the risks associated with your particular situation.

If you're caring for someone with CJD or vCJD, the National Institutes of Health recommend the following basic precautions:

Hospitals and other medical institutions follow explicit policies to prevent iatrogenic CJD. These measures have included:

To help ensure the safety of the blood supply, people with a risk of exposure to CJD or vCJD aren't eligible to donate blood. This includes people who:

The risk of contracting vCJD in the United States remains extremely low. So far, a total of three cases have been reported in the U.S. According to the Centers for Disease Control and Prevention, strong evidence suggests that these cases were acquired abroad — two in the United Kingdom and one in Saudi Arabia.

In the United Kingdom, where the majority of vCJD cases have occurred, fewer than 200 cases have been reported. After its first appearance in 1995, CJD incidence peaked between 1999 and 2000, and has been declining since.

Most countries have taken steps to prevent BSE-infected tissue from entering the food supply, including tight restrictions on importation of cattle from countries where BSE is common; restrictions on animal feed; strict procedures for dealing with sick animals; surveillance and testing methods for tracking cattle health; and restrictions on which parts of cattle can be processed for food.