You are here:
Although the term "encephalitis" literally means "inflammation of the brain," it usually refers to brain inflammation resulting from a viral infection. The severe and potentially life-threatening form of this disease is rare. 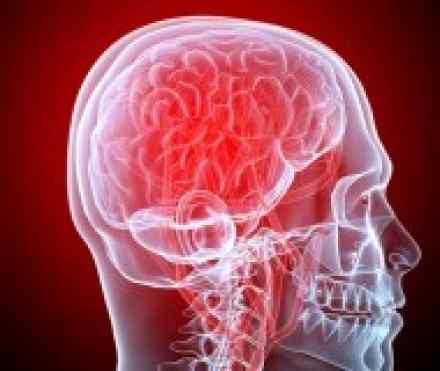 In secondary encephalitis, a viral infection first occurs elsewhere in your body and then travels to your brain.

Most people infected with viral encephalitis have only mild, often flu-like symptoms, and the illness usually doesn't last long. In some cases, people might not have any symptoms. Possible symptoms include:

More serious infections can cause:

The cause of encephalitis is most often a viral infection. Some examples include:

Encephalitis takes two forms, categorized by the two ways that viruses can infect your brain:

Here are some of the more common causes of encephalitis:

Some herpes viruses that cause common infections may also cause encephalitis. These include:

In such cases, encephalitis may be due to hypersensitivity — an overreaction of your immune system to a foreign substance.

Viruses that are transmitted by mosquitoes and ticks (arboviruses) have, in recent years, produced well-publicized encephalitis epidemics. Organisms that transmit disease from one animal host to another are called vectors. Mosquitoes are vectors for the transmission of encephalitis from small creatures — usually birds and rodents — to humans. This type of encephalitis is fairly uncommon.

In the United States, the following types of mosquito-borne encephalitis occur:

Mosquitoes don't discriminate, so anyone can develop viral encephalitis. But some factors put you at greater risk:

Age. Some types of encephalitis are more prevalent or more severe in young children or older adults.

Weakened immune system. If you have an immune deficiency — for example, because of AIDS or HIV — or you're going through cancer therapies or organ transplantation, you're more susceptible to encephalitis.
Geographic regions. Visiting or living in areas of the country where mosquito-borne viruses are common increases your risk of epidemic encephalitis.

Outdoor activities. If you have an outdoor job or open-air hobby, such as gardening, jogging, golf or bird-watching, be extra careful during an encephalitis outbreak.
Season of the year. The warm months of summer are the prime mating time for birds and mosquitoes. As a result, mosquito-borne diseases tend to be more prevalent in late summer to early autumn.

Severe viral encephalitis can cause:

In those who've had severe encephalitis, some problems may last for a year or more, including:

Some complications may be permanent, such as memory loss, the inability to speak coherently, lack of muscle coordination, paralysis, or hearing or vision defects.

More serious cases of encephalitis can be difficult to treat because the viruses that cause the disease generally don't respond to medications. However, some viruses, particularly the herpes simplex virus and varicella-zoster virus, respond to antiviral drugs such as acyclovir (Zovirax). If you have one of these kinds of virus-induced encephalitis, your doctor will likely start treatment with acyclovir immediately. Another antiviral that's sometimes used is ganciclovir.

In addition to antiviral medications, your doctor may also treat you with:

After the illness, you may also need physical and speech therapy.

To protect yourself and your family against mosquito-borne encephalitis during an outbreak of the disease: