You are here:
A febrile seizure is a convulsion in young children that may be caused by a sudden spike in body temperature, often from an infection. Watching your child experience a febrile seizure can be alarming. And, although a febrile seizure may last only a few minutes, it may seem like an eternity to you. 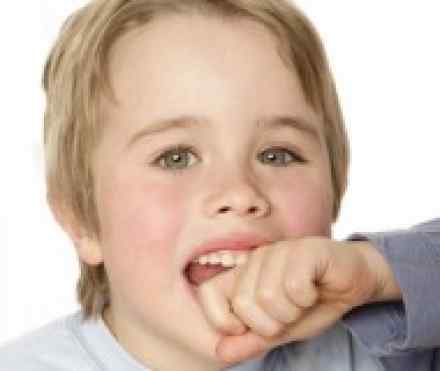 Febrile seizure symptoms can range from mild — rolling of the eyes — to more severe shaking or tightening of the muscles.

A child having a febrile seizure may:

Febrile seizures are classified as simple or complex:

Although a febrile seizure is usually caused by a rapid rise in your child's temperature, it can also occur when the fever is on its way down. And, the severity of the signs and symptoms doesn't necessarily reflect the level of the fever.

Most febrile seizures occur because of a sudden spike in body temperature, and most occur during the first day of a fever. But a febrile seizure may also develop as the fever is declining.

Usually, the fevers that trigger febrile seizures are caused by an infection in your child's body. Typical childhood illnesses, including viral infections such as roseola — a viral illness that causes swollen lymph nodes, usually in the neck, and a rash — are often associated with febrile seizures. A less common but very serious cause of sudden fever with seizures is an infection of a child's brain and spinal cord (central nervous system), such as meningitis or encephalitis.

Several risk factors have been identified that increase your child's likelihood of experiencing a febrile seizure. These include:

Although febrile seizures may cause great fear and concern for parents, most febrile seizures produce no lasting effects. Simple febrile seizures don't cause brain damage, mental retardation or learning disabilities, and they don't mean your child has a more serious underlying disorder.

The risk of recurrence is higher if:

After experiencing a febrile seizure, your child will likely have:

These tests can help determine possible causes of the fever and seizure.

If your doctor suspects a central nervous system infection, a lumbar puncture (spinal tap) may be necessary. In this procedure, a doctor inserts a needle into your child's lower back to remove a small amount of spinal fluid. This test can reveal evidence of infection in the fluid that surrounds the brain and spinal cord.

Further tests such as an electroencephalogram (EEG) — a test that measures brain activity — may be necessary if your child had a complex febrile seizure.

It's not necessary to lower your child's fever to stop a febrile seizure. So don't try to give your child fever medications during a seizure. For the same reason, don't place your child in a cooling tub of water. It's much more practical, more comfortable — and safer — for your child to remain lying on the carpet or a bed.

In rare cases, the seizure may continue until your child receives treatment at the emergency room. If this happens, a doctor may order medication that's administered either through your child's rectum or intravenously to stop the seizure.

If the seizure is prolonged or accompanied by a serious infection or if the source of the infection can't be determined, your doctor may want your child to stay in the hospital for further observation. But a hospital stay isn't routinely necessary for simple febrile seizures.

If your child has a febrile seizure, stay calm and follow these steps to help your child during the seizure:

If possible, try to time the seizure using your watch or a clock. Because they're so alarming, seizures often seem to last longer than they really do. Also try to note which part of your child's body begins to shake first, and look for other signs of illness. This can help your doctor understand the cause of the seizure.

Not long after having a febrile seizure, many children are back on their feet, running around the doctor's office or playing safely at home. By staying calm, observing your child and knowing when to call the doctor, you're doing everything that's needed to take care of your child.

Giving your child acetaminophen (Tylenol, others) or ibuprofen (Advil, Motrin, others) at the first indication of fever will help reduce the fever, but won't necessarily prevent a seizure. And, there are some caveats to giving medications to young children. Medications won't shorten the course of infection, and low-grade fevers generally don't need treatment.

Additionally, there's always a question of safety when giving medications to young children. For example, aspirin may trigger a rare but potentially fatal disorder known as Reye's syndrome. And, while acetaminophen is generally safe, if you give a child too much, it can cause liver failure. Ask your doctor what medications he or she recommends and what the proper dosage is for your child's age and weight.

Making sure your child drinks plenty of fluids and is appropriately dressed — not overdressed — may help control the fever.

But these medications all have drawbacks. They carry a definite risk of serious side effects in young children, such as sleep problems, irritability and hyperactivity. Doctors rarely prescribe these prevention medications because most febrile seizures are harmless and most children outgrow them without any problems.