You are here:
An estimated 10 to 15 percent of couples are classified as infertile, which means that they've been trying to get pregnant with frequent, unprotected intercourse for at least a year with no success. 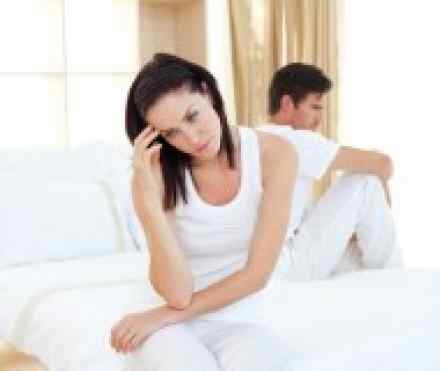 The main symptom of infertility is the inability of a couple to get pregnant. An abnormal menstrual cycle that's too long (35 days or more) or too short (less than 21 days) can be a sign of female infertility.

There may be no other outward signs or symptoms.

In order for you to become pregnant, each of these factors is essential:

For pregnancy to occur, every part of the complex human reproduction process — from the ovary's release of a mature egg to the fertilization of the egg to the fertilized egg's implantation and growth in the uterus — has to take place just right. In women, a number of factors can disrupt this process at any stage. Female infertility is caused by one or more of these factors.

Ovulation disorders account for infertility in 25 percent of infertile couples. These can be caused by flaws in the regulation of reproductive hormones by the hypothalamus or the pituitary gland, or by problems in the ovary itself. You have an ovulation disorder if you ovulate infrequently or not at all.

When fallopian tubes become damaged or blocked, they keep sperm from getting to the egg or close off the passage of the fertilized egg into the uterus. Causes of fallopian tube damage or blockage can include:

Endometriosis occurs when tissue that normally grows in the uterus implants and grows in other locations. This extra tissue growth — and the surgical removal of it — can cause scarring, which impairs fertility. Researchers think that the excess tissue may also produce substances that interfere with conception.

Also called cervical stenosis, this can be caused by an inherited malformation or damage to the cervix. The result is that the cervix can't produce the best type of mucus for sperm mobility and fertilization. In addition, the cervical opening may be closed, preventing any sperm from reaching the egg.

sBenign polyps or tumors (fibroids or myomas) in the uterus, common in women in their 30s, can impair fertility by blocking the fallopian tubes or by disrupting implantation. However, many women who have fibroids can become pregnant. Scarring within the uterus also can disrupt implantation, and some women born with uterine abnormalities, such as an abnormally shaped (bicornuate) uterus, can have problems becoming or remaining pregnant.

In some instances, a cause for infertility is never found. It's possible that combinations of minor factors in both partners underlie these unexplained fertility problems. The good news is that couples with unexplained infertility have the highest rates of spontaneous pregnancy of all infertile couples.

Some things may put you at higher risk of infertility. They include:

If you've been unable to conceive within a reasonable period of time, seek help from your doctor for further evaluation and treatment of infertility.

Fertility tests may include:

How your infertility is treated depends on the cause, your age, how long you've been infertile and personal preferences. Although some women need just one or two therapies to restore fertility, it's possible that several different types of treatment may be needed before you're able to conceive.

Treatments can either attempt to restore fertility — by means of medication or surgery — or assist in reproduction with sophisticated techniques.

Fertility drugs, which regulate or induce ovulation, are the main treatment for women who are infertile due to ovulation disorders. In general, they work like the natural hormones — follicle-stimulating hormone (FSH) and luteinizing hormone (LH) — to trigger ovulation.

There are several fertility drugs for abnormal LH and FSH production. These drugs include:

Clomiphene citrate (Clomid). This drug is taken orally and stimulates ovulation in women who have PCOS or other ovulation disorders. It causes the pituitary gland to release more FSH and LH, which stimulate the growth of an ovarian follicle containing an egg. Clomiphene citrate also improves fertility in normally ovulating women, and is often used as an initial treatment for unexplained infertility.

Gonadotropins. Instead of stimulating the pituitary gland to release more hormones, these treatments stimulate the ovary directly. Often, gonadotropin medications are used in combination with intrauterine insemination (IUI) — a procedure during which sperm is injected into your uterus via a thin tube (catheter) — to increase the odds of a pregnancy. Gonadotropin medications include:

Metformin (Glucophage). This oral drug is used when insulin resistance is a known or suspected cause of infertility, usually in women with a diagnosis of PCOS. Metformin improves insulin resistance, normalizing the insulin level and making ovulation more likely to occur.

Letrozole (Femara). Letrozole belongs to a class of drugs known as aromatase inhibitors. Letrozole, also used to treat some breast cancers, may induce ovulation. However, the effect the medication has on early pregnancy isn't yet known, so this medication isn't used for ovulation induction as frequently as others.

Several surgical procedures can correct problems or otherwise improve female fertility. They include:

This effective technique involves retrieving mature eggs from a woman, fertilizing them with a man's sperm in a dish in a laboratory and transferring the embryos in the uterus three to five days after fertilization. In vitro fertilization (IVF) often is recommended when both fallopian tubes are blocked. It's also widely used for a number of other conditions, such as endometriosis, unexplained infertility, cervical factor infertility, male infertility and ovulation disorders. IVF increases your odds of having twins or other multiples if more than one embryo is transferred to your uterus. IVF requires frequent blood tests and daily hormone injections.

Dealing with female infertility can be physically and emotionally exhausting. To cope with the ups and downs of infertility testing and treatment, consider these options:

If you're a woman thinking about getting pregnant soon or in the future, there are a few ways you can improve your chances of having normal fertility: