You are here:
Viral gastroenteritis is an intestinal infection marked by watery diarrhoea, abdominal cramps, nausea or vomiting, and sometimes fever. 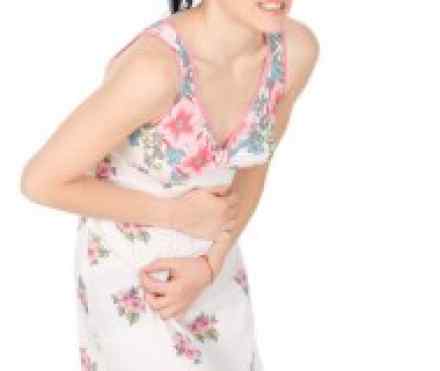 The most common way to develop viral gastroenteritis — often called stomach flu — is through contact with an infected person or ingestion of contaminated food or water. If you're otherwise healthy, you'll likely recover without complications. But for infants, older adults and people with compromised immune systems, viral gastroenteritis can be deadly.

There's no effective treatment for viral gastroenteritis, so prevention is key. In addition to avoiding food and water that may be contaminated, thorough and frequent hand washing is your best defense.

Although it's commonly called stomach flu, gastroenteritis isn't the same as influenza. Real flu (influenza) affects your respiratory system — your nose, throat and lungs. Gastroenteritis, on the other hand, attacks your intestines, causing signs and symptoms such as:

Depending on the cause, viral gastroenteritis symptoms may appear within one to three days after you're infected and can range from mild to severe. Symptoms usually last just a day or two, but occasionally they may persist as long as 10 days.

Because the symptoms are similar, it's easy to confuse viral diarrhea with diarrhea caused by bacteria such as salmonella and Escherichia coli (E. coli) or parasites such as giardia.

You're most likely to contract viral gastroenteritis when you eat or drink contaminated food or water, or if you share utensils, towels or food with someone who's infected.

Some shellfish, especially raw or undercooked oysters, can make you sick. Contaminated drinking water also can cause viral diarrhea. But in many cases, the virus is passed through the fecal-oral route — that is, someone with the virus handles food you eat without washing his or her hands after using the bathroom.

A number of viruses can be the cause of gastroenteritis, including:

Gastroenteritis occurs all over the world, affecting people of every age, race and background. In developing nations, it's a leading cause of death in children.

Intestinal infections can flourish anywhere people congregate — from schools and dormitories to campgrounds and luxury cruise ships. Adults whose resistance is low — often because their immune systems are compromised by HIV, AIDS or other medical conditions — are especially at risk.

Each gastrointestinal virus has a season when it's most active. If you live in the Northern Hemisphere, you're more likely to get rotavirus or the Norwalk virus between October and April.

Dehydration — a severe loss of water and essential salts and minerals — is the most common serious complication of gastroenteritis. If you're a healthy adult and drink enough to replace fluids you lose from vomiting and diarrhea, dehydration shouldn't be a problem.

But infants, older adults and people with suppressed immune systems may become severely dehydrated when they lose more fluids than they can replace. In that case, they may need to be hospitalized and receive intravenous fluids. In extreme cases dehydration can be fatal.

Your doctor will likely diagnose gastroenteritis based on symptoms, a physical exam and sometimes on the presence of similar cases in your community. A rapid stool test can detect rotavirus or norovirus, but there are no quick tests for other viruses that cause gastroenteritis. In some cases your doctor may have you submit a stool sample to rule out a possible bacterial or parasitic infection.