You are here:
A hangover is a group of unpleasant signs and symptoms that can develop after drinking too much alcohol. As if feeling awful weren't bad enough, hangover is also associated with poor performance and conflict at work. 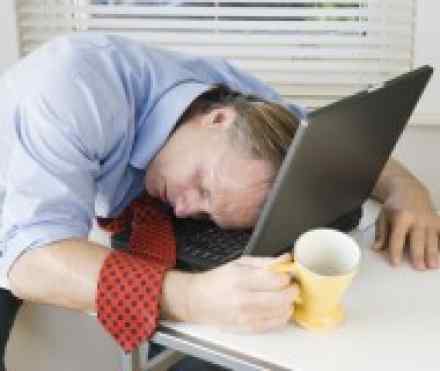 Hangover symptoms typically begin when your blood alcohol drops significantly and is at or near zero. They're usually in full effect the morning after a night of heavy drinking.

Depending on what you drank and how much you drank, you may notice:

Hangovers are caused by drinking too much alcohol.

A single alcoholic drink is enough to trigger a hangover for some people, while others may drink heavily and escape a hangover entirely. In general, however, more than three to five alcoholic drinks for a woman and over five to six for a man will usually result in a hangover.

Various factors may contribute to the problem. For example:

Anyone who drinks alcohol can experience a hangover, but some people are more susceptible to hangovers than are others. A genetic variation that affects the way alcohol is metabolized may make some people flush, sweat or become ill after drinking even a small amount of alcohol.

Research hasn't clearly shown whether light drinkers or heavy drinkers are more likely to experience hangovers. Some evidence suggests that frequent drinkers may build up a tolerance that decreases their risk of hangovers.

Factors that may make a hangover more likely or severe include:

By comparison, drinks with a lower congener content — such as lighter-colored beers, gin and vodka — are less likely to cause a hangover. However, while lighter colored drinks may slightly help with hangover prevention, drinking too many alcoholic beverages of any color will still make you feel bad the morning after.

When you have a hangover, you're likely to experience problems with your:

Not surprisingly, this temporary dulling of your abilities increases your risk of a number of problems at work, including: