You are here:
Hereditary hemochromatosis, an inherited condition, causes your body to absorb too much iron from the food you eat. The excess iron is stored in your organs, especially your liver, heart and pancreas. 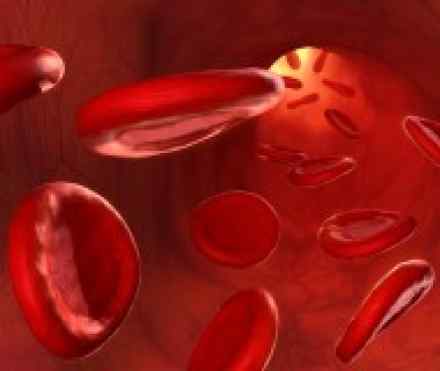 Though not always easy to diagnose, hereditary hemochromatosis can be effectively treated by removing blood from your body to lower the level of iron.

Some people with hereditary hemochromatosis never have symptoms. Others experience a wide range of problems. These can vary considerably from person to person and may be different for men and women.

When signs and symptoms typically appear

Although the genetic defect that causes hereditary hemochromatosis is present at birth, most people don't experience signs and symptoms until later in life — usually between the ages of 30 and 50 in men and after age 50 in women. Women are more likely to have symptoms after menopause, when they no longer lose iron with menstruation and pregnancy.

In later stages of the disease, you may develop serious conditions such as:

Iron plays an essential role in several body functions, including helping with the formation of blood. Most people absorb about 10 percent of the iron they ingest. When these stores are adequate, the body reduces the amount of iron absorbed by the intestine to avoid accumulating excess amounts.

But if you have hereditary hemochromatosis, you may absorb as much as 30 percent of the iron you ingest. Because your body can't use or eliminate this extra iron, it's stored in the tissues of major organs, especially your liver. Eventually you may accumulate five to 20 times as much iron as normal. Over a period of years, the stored iron can severely damage many organs, leading to organ failure and chronic diseases such as cirrhosis and diabetes.

The genetics of hemochromatosis

Genes are information centers in your cells that control your body's growth, development and function. A mutation in just one gene can drastically alter the way your body works.

The gene that controls the amount of iron you absorb from food is called HFE. The HFE gene has two common mutations, C282Y and H63D. In the United States, most people with hemochromatosis have inherited two copies of C282Y — one from each parent.

Inheriting just one gene with the C282Y mutation means you're a carrier. You aren't likely to develop the disease yourself, although you may absorb more iron than normal. About one in every 10 Caucasians carries one gene for hemochromatosis. If both your parents are carriers, you have a 25 percent chance of inheriting two mutated genes. Complicating things is the fact that not everyone with two copies of C282Y will experience symptoms.

Other types of hemochromatosis

Other forms of hemochromatosis include:

Untreated, hereditary hemochromatosis can lead to a number of complications, especially in your joints and in organs where excess iron tends to be stored — your liver, pancreas and heart. Many of these complications are serious and some may be life-threatening:

Hereditary hemochromatosis can be difficult to diagnose. Early symptoms such as stiff joints and fatigue can result from a number of conditions that are more common than hemochromatosis.

At any stage — even before symptoms appear — doctors can detect iron overload with two blood tests:

Serum transferrin saturation and serum ferritin tests aren't a part of routine medical testing. Public health officials recommend that you be tested for hemochromatosis if you have a parent, child or sibling with the disease, or if you have any of the following signs and symptoms:

Blood tests may also suggest iron overload if you abuse alcohol, have had multiple blood transfusions or have had hepatitis C. To confirm a diagnosis of hereditary hemochromatosis, your doctor may suggest other tests, including: