You are here:
AIDS is a chronic, life-threatening condition caused by the human immunodeficiency virus (HIV). By damaging your immune system, HIV interferes with your body's ability to fight off viruses, bacteria and fungi that cause disease. 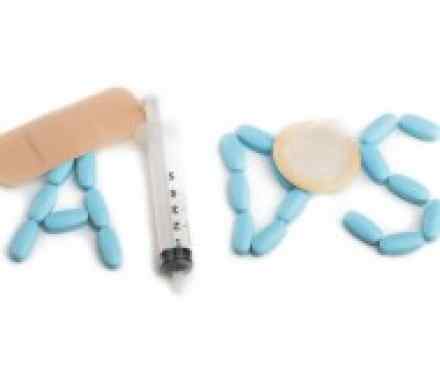 The symptoms of HIV and AIDS vary, depending on the phase of infection.

When first infected with HIV, you may have no signs or symptoms at all, although it's more common to develop a brief flu-like illness two to four weeks after becoming infected. Signs and symptoms may include:

Even if you don't have symptoms, you're still able to transmit the virus to others. Once the virus enters your body, your own immune system also comes under attack. The virus multiplies in your lymph nodes and slowly begins to destroy your helper T cells (CD4 lymphocytes) — the white blood cells that coordinate your entire immune system.

You may remain symptom-free for eight or nine years or more. But as the virus continues to multiply and destroy immune cells, you may develop mild infections or chronic symptoms such as:

During the last phase of HIV — which occurs approximately 10 or more years after the initial infection — more serious symptoms may begin to appear, and the infection may then meet the official definition of AIDS. In 1993, the Centers for Disease Control and Prevention (CDC) redefined AIDS to mean the presence of HIV infection as shown by a positive HIV-antibody test plus at least one of the following:

By the time AIDS develops, your immune system has been severely damaged, making you susceptible to opportunistic infections. The signs and symptoms of some of these infections may include:

You may also begin to experience signs and symptoms of later stage HIV infection itself, such as:

If you're infected with HIV, you're also more likely to develop certain cancers, especially Kaposi's sarcoma, cervical cancer and lymphoma, although improved treatments have reduced the risk of these illnesses.

Symptoms of HIV in children

Children who are HIV-positive may experience:

When the new copies of the virus break out of the host cells and enter the bloodstream, they search for other cells to attack. In the meantime, the old host cells and some uninfected CD4 cells die from the effects of the virus. The cycle repeats itself again and again. In the process, billions of new HIV particles are produced every day. Eventually, the number of CD4 cells in the body decreases, leading to severe immune deficiency, which means your body can no longer effectively fight off viruses and bacteria that cause disease.

How HIV is transmitted

You can become infected with HIV in several ways, including:

Ways HIV is not transmitted

To become infected with HIV, infected blood, semen or vaginal secretions must enter your body. You can't become infected through ordinary contact — hugging, kissing, dancing or shaking hands — with someone who has HIV or AIDS.

Anyone of any age, race, sex or sexual orientation can be infected with HIV, but you're at greatest risk of HIV/AIDS if you:

Newborns or nursing infants whose mothers tested positive for HIV but did not receive treatment also are at high risk.

HIV infection weakens your immune system, making you highly susceptible to a large number of bacterial, viral, fungal and parasitic infections. You may also be vulnerable to certain types of cancers. But treatment with anti-retroviral drugs has markedly decreased the number of opportunistic infections and cancers affecting people with HIV. It's now more likely these infections will occur in people who have not had treatment.

HIV is diagnosed by testing your blood or oral mucus for the presence of antibodies to the virus. The Centers for Disease Control and Prevention (CDC) encourages voluntary HIV testing as a routine part of medical care for all adolescents and adults ages 13 to 64. Although the CDC says that everyone should be tested at least once, yearly testing is recommended only for people at high risk of infection.

Unfortunately, HIV tests aren't accurate immediately after infection because it takes time for you to develop these antibodies — usually about 12 weeks. In rare cases, it can take up to six months for an HIV test to become positive.

For years, the only available test for HIV was the enzyme-linked immunosorbent assay (ELISA) test that looked for antibodies to the virus in a sample of your blood. If this test was positive — meaning you had antibodies to HIV — the same test was repeated. If the repeat test was also positive for HIV antibodies, you'd then have another confirming blood test called the Western blot test, which checks for the presence of HIV proteins. The Western blot test was important because you may have non-HIV antibodies that cause a false-positive result on the ELISA test. Combining the two types of tests helped ensure that the results were accurate, and you'd receive a diagnosis of HIV only if all three tests were positive. The downside is that it can take up to two weeks to get the results of the ELISA and Western blot tests, a period of time that can take an emotional toll and that discouraged many people from returning to get their test results.

Now, several rapid tests can give highly accurate information within as little as 20 minutes. These tests look for antibodies to the virus using a sample of your blood or fluids collected on a treated pad that's rubbed on your upper and lower gums. The oral test is almost as sensitive as the blood test and eliminates the need for drawing blood. A positive reaction on a rapid test requires a confirming blood test. And because the tests are relatively new and were originally approved for use only in certified laboratories, they may not be available everywhere.

Currently, the Food and Drug Administration (FDA) has approved only one HIV test for home use. The Home Access HIV-1 test, marketed by Home Access Health, is as accurate as a clinical test, and all positive results are automatically retested.

Unlike a home pregnancy test, you don't evaluate the test yourself. Instead, you mail in a drop of your blood, then call a toll-free number to receive your results in three to seven business days. This approach ensures your privacy and anonymity — you're identified only by a code number that comes with your kit. The greatest disadvantage is that you're not offered the counseling that you typically receive in a clinic or doctor's office, although you're given referrals for medical and social services. No matter what type of test you choose, if you test positive for an HIV infection, tell your sexual partner or partners right away so that they can be screened and take steps to protect themselves.

If you receive a diagnosis of HIV/AIDS, your doctor will use a test to help predict the probable progression of your disease. This test measures the amount of virus in your blood (viral load). Studies have shown that people with higher viral loads generally fare more poorly than do those with a lower viral load. Viral load tests are also used to decide when to start and when to change your treatment.