You are here:
Kleptomania is the irresistible urge to steal items that you don't really need and that usually have little value. It's a serious mental health disorder that can tear your life apart if not treated. 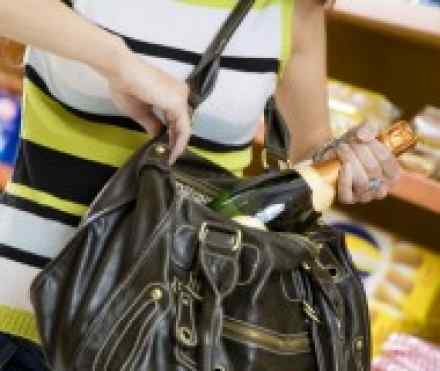 Kleptomania is the irresistible urge to steal items that you don't really need and that usually have little value. It's a serious mental health disorder that can tear your life apart if not treated.

Kleptomania is a type of impulse control disorder — a disorder in which you can't resist the temptation or drive to perform an act that's harmful to you or someone else.

Many people with kleptomania live lives of secret shame because they're afraid to seek mental health treatment. Although there's no cure for kleptomania, treatment with medication or psychotherapy may be able to help end the cycle of compulsive stealing.

Symptoms of kleptomania may include:

Unlike typical shoplifters, people with kleptomania don't compulsively steal for personal gain. Nor do they steal as a way to exact revenge. They steal simply because the urge is so powerful that they can't resist it. This urge makes them feel uncomfortably anxious, tense or aroused. To soothe these feelings, they steal.

During the theft, they feel relief and gratification. Afterward, though, they feel enormous guilt, remorse, self-loathing and fear of arrest. But the urge comes back, and the kleptomania cycle repeats itself.

Episodes of kleptomania seem to occur spontaneously, without planning. However, stressful events, such as an argument, may trigger an episode of kleptomania.

Kleptomania is thought to be uncommon. However because many people with kleptomania never seek treatment or they're simply jailed after repeated thefts, many cases of kleptomania may never be diagnosed. It's thought that fewer than 5 percent of shoplifters have kleptomania. Kleptomania often begins during adolescence or in your 20s, but in rare cases it begins during very early childhood or late in life.

Although the cause of kleptomania isn't known, researchers continue to learn more about the factors that may increase the risk of developing kleptomania. These risk factors may include:

When you decide to seek treatment for symptoms of possible kleptomania, you may have both a physical and psychological evaluation. The physical exam can determine if there may be any physical causes triggering your symptoms.

There's no laboratory test to diagnose kleptomania. Instead, kleptomania is diagnosed based on your signs and symptoms. Kleptomania is a type of impulse control disorder. In addition to asking questions about your impulses and how they make you feel, your doctor may review a list of situations to see if they trigger kleptomania episodes. You may also fill out psychological questionnaires or self-assessments to help pinpoint a diagnosis.

To be diagnosed with kleptomania, you must meet criteria spelled out in the Diagnostic and Statistical Manual of Mental Disorders (DSM). This manual is published by the American Psychiatric Association and is used by mental health professionals to diagnose mental conditions and by insurance companies to reimburse for treatment.

Criteria for kleptomania to be diagnosed include: