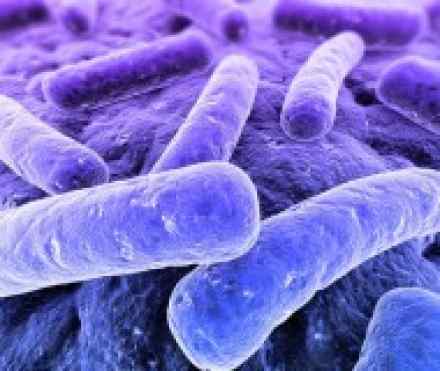 Legionella bacterium also causes Pontiac fever, a milder illness resembling the flu. Separately or together, the two illnesses are sometimes called legionellosis. Pontiac fever usually clears on its own. But untreated Legionnaires' disease can be fatal. Although prompt treatment with antibiotics usually cures Legionnaires' disease, some people continue to experience problems after treatment.

Legionnaires' disease usually develops two to 14 days after exposure to the legionella bacteria. It frequently begins with the following signs and symptoms:

If you have Legionnaires' disease, by the second or third day, you'll develop other signs and symptoms that may include:

Although Legionnaires' disease primarily affects the lungs, it occasionally can cause infections in wounds and in other parts of the body, including the heart.

Pontiac fever is a mild form of Legionnaires' disease. It's marked by:

Pontiac fever doesn't infect your lungs. If you have Pontiac fever, your symptoms will clear in about two to five days.

Unlike Legionnaire's disease, pontiac fever has a short incubation period — usually two to three days — and affects people with no known risk factors for the illness. Some researchers speculate that Pontiac fever isn't an infection at all, but rather a hypersensitivity reaction to legionella bacteria or to the single-celled organisms (protozoa) in which they replicate.

The bacterium Legionella pneumophila is responsible for most cases of Legionnaire's disease, although several other species of legionella also can cause infection. Legionella bacteria thrive in warm, damp environments. In nature, they can survive for months in lakes, rivers, hot springs and soil. But the levels of bacteria in the natural environment are so low that they rarely cause problems. The real threat is indoors, where legionella bacteria can multiply in water systems, whirlpool spas, air conditioning systems and even the misters in grocery store produce departments.

Like many microorganisms, legionella bacteria have the ability to anchor themselves to the interiors of pipes, faucets and shower heads. Once attached, the bacteria replicate in a sticky substance called a biofilm. As water flows past, it dislodges some of the biofilm, dispersing bacteria throughout the water system. Although it's possible to contract Legionnaires' disease from home plumbing systems, most outbreaks have occurred in large buildings, perhaps because complex systems allow the bacteria to grow and spread more easily.

Most people become infected when they inhale microscopic water droplets containing legionella bacteria. This might be the spray from a shower, faucet or whirlpool, or water dispersed through the ventilation system in a large building. Outbreaks have been linked to a range of sources, including:

Scientists aren't certain how much exposure to the bacteria is needed to cause disease, but some people have developed infections after inhaling contaminated droplets for just a few minutes. And unlike many bacteria, which spread within a small radius, legionella bacteria may be capable of traveling as far as four miles through the air.

Although legionella bacteria primarily spread through aerosolized water droplets, the infection can be transmitted in other ways, including:

Not everyone exposed to legionella bacteria becomes sick. You're more likely to develop the infection if you:

Legionnaires' disease is a sporadic and local problem in hospitals and nursing homes, where germs may spread easily and people are vulnerable to infection.

Legionnaires' disease can lead to a number of life-threatening complications, including:

When not treated effectively and promptly, Legionnaires' disease may be fatal, especially if your immune system is weakened by disease or medications.

Legionnaires' disease is under-reported and underdiagnosed, primarily because special tests are needed to distinguish Legionnaires' disease from other types of pneumonia. To help identify the presence of legionella bacteria quickly, your doctor may use a test that checks your urine for legionella antigens — foreign substances that trigger an immune system response. You may also have one or more of the following: