You are here:
Lewy body dementia shares characteristics with both Alzheimer's disease and Parkinson's disease. Like Alzheimer's, it causes confusion. Like Parkinson's, it can result in rigid muscles, slowed movement and tremors. 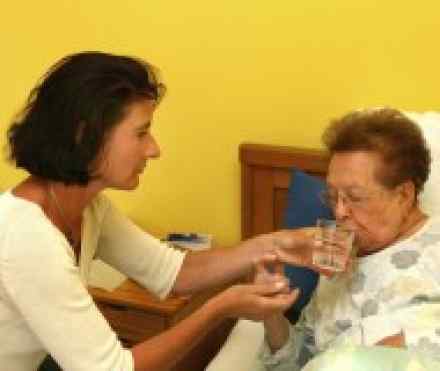 Lewy body dementia shares characteristics with both Alzheimer's disease and Parkinson's disease. Like Alzheimer's, it causes confusion. Like Parkinson's, it can result in rigid muscles, slowed movement and tremours.

But the most striking symptom of Lewy body dementia may be its visual hallucinations, which can be one of the first signs of the disorder. Hallucinations may range from abstract shapes or colours, to conversations with deceased loved ones.

In Lewy body dementia, abnormal round structures — called Lewy bodies — develop in regions of your brain involved in thinking and movement. While risk increases with age, Lewy body dementia is estimated to affect less than 1 percent of the population over the age of 65.

Lewy body dementia signs and symptoms may include:

The cause of Lewy body dementia isn't known, but the disorder may be related to Alzheimer's or Parkinson's disease because:

Some scientists have suggested that there is a Lewy body variant of Alzheimer's disease. Conversely, Lewy body dementia and Alzheimer's may just coexist in some people.

Although the cause of Lewy body dementia isn't clear, several factors appear to increase the risk of developing the disease:

For the doctor to make a diagnosis of Lewy body dementia, you must have experienced a progressive decline in your ability to think, as well as two of the following:

No single test can diagnose Lewy body dementia. Instead, doctors diagnose the disease through a process of elimination — ruling out other diseases and conditions that may cause similar signs and symptoms. Tests may include:

As part of your physical exam, your doctor may also check for signs of Parkinson's disease, strokes, tumors or other medical conditions that can impair brain function as well as physical function. The neurological exam may test:

A short form of this type of test, which assesses your memory and thinking skills, can be done in less than 10 minutes in your doctor's office. Longer forms of neuropsychological testing can take several hours. Your results are then compared with those of people from a similar age and education level. This can help distinguish normal from abnormal cognitive aging, and may help identify patterns in cognitive functions that provide clues to the underlying condition.

Simple blood tests can rule out physical problems that can affect brain function, such as vitamin B-12 deficiency or an underactive thyroid gland.

If your confusion comes and goes, your doctor may suggest an EEG. This test can help determine if your symptoms are better explained by seizures or Creutzfeldt-Jakob disease, a very rare degenerative brain disorder more commonly known as mad-cow disease. This painless test records the electrical activity in your brain via wires attached to your scalp.