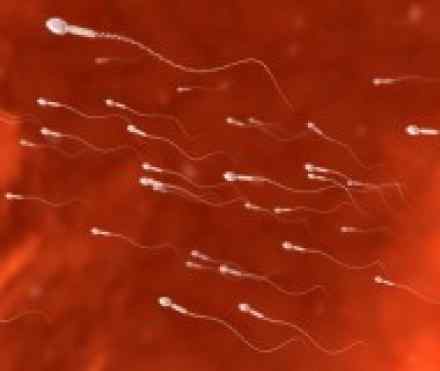 A low sperm count decreases the odds that one of your sperm will fertilize your partner's egg, resulting in pregnancy. Nonetheless, many men who have a low sperm count are still able to father a child.

Sperm count may increase if an underlying condition can be identified and treated. Both you and your female partner may need treatment to boost fertility. For some couples, achieving pregnancy requires a procedure such as in vitro fertilization.

The main sign of low sperm count is the inability to conceive a child. Often, there are no other obvious signs or symptoms. In some cases, however, an underlying problem such as an inherited hormonal imbalance or a condition that blocks the passage of sperm may cause signs and symptoms. Low sperm count symptoms may include:

Sperm production is complex and requires normal functioning of the testicles (testes) as well as the hypothalamus and pituitary glands — organs in your brain that produce hormones that trigger sperm production. Once sperm are produced in the testicles, delicate tubes transport them until they mix with semen and are ejaculated out of the penis. Problems with any of these systems can affect sperm production. In addition, a number of issues can cause abnormal sperm shape (morphology) or movement (motility). Often the cause of low sperm count isn't ever identified.

Low sperm count can be caused by a number of health issues and medical treatments. Some of these include:

Some other causes of low sperm count include:

Infertility caused by low sperm count can be stressful for both you and your partner. Complications can include:

When you see a doctor because you're having trouble getting your partner pregnant, he or she will try to determine the underlying cause. Even if your doctor thinks low sperm count is the problem, you and your partner may both need tests to rule out other causes of infertility and to look for any underlying health problems. Testing and diagnosis may involve the following.

A low sperm count is diagnosed as part of a semen analysis test. Sperm count is generally determined by examining semen under a microscope to see how many sperm appear within squares on a grid pattern. In some cases, a computer may be used to measure sperm count.

One of the most common causes of low sperm count is an incomplete or improper collection of a sperm sample. Most doctors will check two or more semen samples over time to ensure consistency between samples. To ensure accuracy in a collection, your doctor will want to:

Your chance of getting your partner pregnant decreases along with decreasing sperm counts:

There are many factors involved in reproduction, and some men with low sperm counts have fathered children. Likewise, some men with normal sperm counts have been unable to father children. The number of sperm in your semen is only one factor. Even if you have enough sperm, you're much more likely to get your partner pregnant if at least half of your sperm have a normal shape (morphology) and show normal forward movement (motility).

Depending on initial findings, your doctor may recommend additional, more specialized tests to look for the cause of your low sperm count and other possible causes of male infertility. These can include: