You are here:
Malaria is an infectious disease caused by a parasite that's transmitted by mosquitoes. The illness results in recurrent attacks of chills and fever, and it can be deadly. 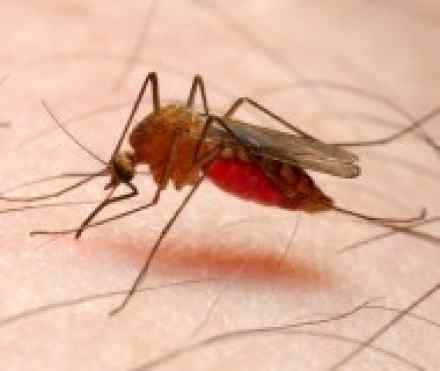 Malaria is an infectious disease caused by a parasite that's transmitted by mosquitoes. The illness results in recurrent attacks of chills and fever, and it can be deadly.

Malaria has been virtually eradicated in countries with temperate climates, but it's still prevalent in tropical and subtropical countries in Africa, Asia, the Middle East, South America and Central America. Malaria remains one of the world's leading infectious killers, particularly of children in sub-Saharan Africa.

Most cases of malaria develop in travelers who have recently returned from parts of the world where malaria is widespread, particularly Africa and India. If you're traveling to malaria-endemic places, take precautions before, during and after your trip. Treatment for malaria is with antimalarial drugs.

A malaria infection is generally characterized by recurrent attacks with the following signs and symptoms:

Other signs and symptoms include:

A one-celled parasite, plasmodium, causes malaria. About 170 species of plasmodium exist, but only four cause malaria in humans:

The process of transmission

The parasite migrates rapidly to your liver, where it infects certain liver cells and develops for a week or so. The liver cells eventually burst, releasing a multiplied form of the infection into your bloodstream. Once in your red blood cells, the parasites reproduce further and some develop into the form that's available to be ingested by a mosquito (gametocytes), thus renewing the transmission cycle. In some cases of P. vivax or P. ovale infection, a form of the parasite can remain inactive in the liver for extended periods of time. Later, reactivation of the parasite's life cycle causes a relapse.

Other means of transmission

A pregnant woman can transmit the infection to her unborn baby. Malaria also can be transmitted through blood transfusions. In the United States, steps have been taken to prevent this type of transmission. People who have been in a malaria-endemic area are prohibited from donating blood for a year after returning from such an area, or three years if they've been a resident of a malaria-endemic area or have been treated for malaria.

Poverty, lack of knowledge, and little or no access to health care also contribute to malaria deaths worldwide.

It's also possible to lose your immunity if you're no longer frequently exposed to the parasite. So even if you've previously lived in a region where malaria exists, take antimalarial precautions if you return to such an area after an extended period away.

Other complications may include:

If untreated, P. falciparum malaria can be fatal within a matter of hours.

After noting your symptoms and travel history, your doctor will likely obtain a sample (smear) of your blood for observation under a microscope. Two blood samples, taken at six- and 12-hour intervals, can usually confirm the presence of the malaria parasite and its type.