You are here:
Mild cognitive impairment is a transition stage between the cognitive decline of normal aging and the more serious problems caused by Alzheimer's disease. 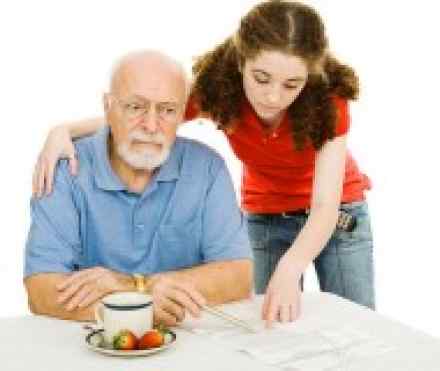 Mild cognitive impairment is a transition stage between the cognitive decline of normal aging and the more serious problems caused by Alzheimer's disease.

The disorder can affect many areas of thought and action — such as language, attention, reasoning, judgment, reading and writing. However, the most common variety of mild cognitive impairment causes memory problems.

The forgetfulness of normal aging is minor. You misplace your car keys or lose your car in the parking garage. Perhaps you can't remember the name of a former co-worker when you meet unexpectedly at the grocery store. This is nothing to worry about.

But red flags should go up if you start forgetting things you typically remember, such as doctor's appointments or your weekly pinochle game. This happens to everyone now and then, but if a pattern develops, it could be a symptom of mild cognitive impairment.

Commonly used criteria for a diagnosis of mild cognitive impairment are:

There is no specific test to confirm a diagnosis of mild cognitive impairment. Instead, your doctor will try to rule out other potential causes for your symptoms. Tests may include the following.

As part of your physical exam, your doctor may also check for signs of Parkinson's disease, strokes, tumors or other medical conditions that can impair memory as well as physical function. The neurological exam may test:

A short form of this type of test can be done in less than 10 minutes in your doctor's office. You may be asked to:

Longer forms of neuropsychological testing can take several hours. Your results are then compared with those of people from a similar age and education level. This can help distinguish normal from abnormal cognitive aging, and may help identify patterns in cognitive functions that provide clues to the underlying condition.

Simple blood tests can rule out physical problems that can affect memory, such as vitamin B-12 deficiency or an underactive thyroid gland.