You are here:
Moles, known medically as nevi, are clusters of pigmented cells that often appear as small, dark brown spots. However, moles can come in a range of colors and can develop virtually anywhere on your body. 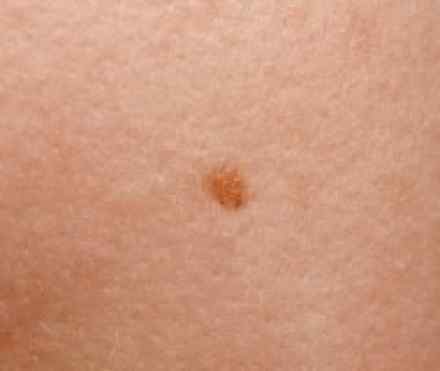 Moles, known medically as nevi, are clusters of pigmented cells that often appear as small, dark brown spots. However, moles can come in a range of colours and can develop virtually anywhere on your body.

Most moles are harmless, but in rare cases, moles may become cancerous. Monitoring moles and other pigmented patches is an important step in detecting skin cancer, especially malignant melanoma. Not all melanomas develop from pre-existing moles, but many begin in or near a mole or other dark spot on the skin.

Although the typical mole is a brown spot, moles come in a wide variety of colors, shapes and sizes:

Moles can develop virtually anywhere on your body, including your scalp, armpits, under your nails, and between your fingers and toes. Most people have between 10 and 40 moles, although the number you have may change throughout life. New moles can appear into midadulthood, and some moles may disappear as you age.

The surface of a mole can be smooth or wrinkled, flat or raised. Sometimes a mole may start out flat and brown and later become slightly raised and lighter in color. Some may become raised enough that they form a small stalk, which eventually may wear away. Others may simply disappear.

Although most moles develop by age 20, they can continue to appear until midlife. There are also certain times in your life when moles are more apt to change; for example, they're likely to become darker, larger and more numerous because of hormonal changes that occur during adolescence or pregnancy.

Melanin is a natural pigment that gives your skin its colour. It's produced in cells called melanocytes, either in the top layer of the skin (epidermis) or the outer layers of the skin's second layer (dermis). Melanin is then transported to the surface cells of your skin. Normally, melanin is distributed evenly, but sometimes melanocytes grow together in a cluster, giving rise to moles.

Scientists don't know why moles develop or what purpose they serve, if any. Most moles are harmless and don't require special care, but some people have unusual-looking moles, called dysplastic nevi, which are more likely to turn cancerous than ordinary moles are.

Several types of moles have a higher than average risk of becoming cancerous. They include:

Large moles present at birth. Large moles that are present at birth are called congenital nevi. These moles may increase your risk of malignant melanoma, a deadly form of skin cancer. Moles that run in families. Moles that are larger than 1/4 inch (about 6 millimeters) — or larger than the diameter of a pencil eraser — and irregular in shape are known as atypical (dysplastic) nevi. These moles tend to be hereditary. They're frequently described as looking like fried eggs because they usually have dark brown centers and lighter, uneven borders. If you have dysplastic nevi, you have a greater risk of developing malignant melanoma.
Numerous moles. If you have many moles — 20 or more — you're at a greater risk of developing melanoma.

You may choose to make a skin examination a regular part of your preventive medical care. Talk to your doctor about a schedule that's appropriate for you. Your doctor will examine your skin from head to toe, including your scalp, your palms, the soles of your feet and the skin between your buttocks. If your doctor suspects that a mole may be cancerous, he or she may take a sample of the tissue (biopsy) and submit the biopsy for microscopic examination.