You are here:
Phenylketonuria is a birth defect in which a mutation occurs in a gene containing instructions for making the enzyme needed to break down the amino acid phenylalanine. 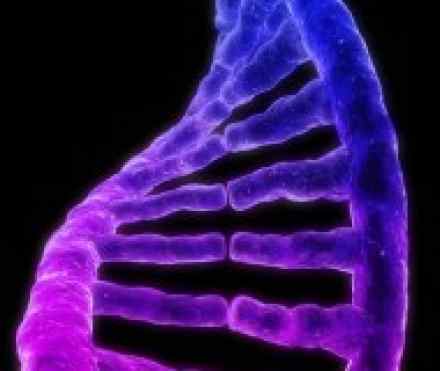 Phenylketonuria is a birth defect in which a mutation occurs in a gene containing instructions for making the enzyme needed to break down the amino acid phenylalanine.

Amino acids are the building blocks for protein, but too much phenylalanine can cause a variety of health problems. People with phenylketonuria (PKU) — babies, children and adults — need to follow a diet that limits phenylalanine, which is found mostly in high-protein foods.

Newborns with phenylketonuria initially don't have any symptoms. Without treatment, though, babies usually develop signs of PKU within a few months. Phenylketonuria symptoms can be mild or severe and may include:

The most severe form of the disorder is known as classic PKU. Children with untreated classic PKU usually develop obvious, permanent mental retardation.

Less severe forms of PKU — sometimes called mild or moderate PKU — have a smaller risk of significant brain damage, but most children with these forms of the disorder still require a special diet to prevent mental retardation and other complications.

A woman who has PKU and becomes pregnant is at risk of another form of the condition called maternal PKU. Many people with PKU used to stop following a low-phenylalanine diet during their teen years, as was directed by doctors at the time. But, doctors now know that if a woman doesn't follow the diet during pregnancy, blood phenylalanine levels can become very high and harm the developing fetus. Because of this, and other reasons, doctors recommend that anyone with PKU follow the low-phenylalanine diet for life.

Although babies born to mothers with high phenylalanine levels may have complications at birth, most don't actually inherit PKU and won't need to follow a PKU diet after birth. However, these babies are at risk of being born with:

A genetic mutation causes PKU. The defective gene contains the instructions for making an enzyme needed to process the amino acid called phenylalanine. Amino acids are the building blocks for protein. In a person with PKU, this gene is defective, causing a complete or near-complete deficiency of the enzyme. Without the enzyme necessary to process phenylalanine, a dangerous buildup of this amino acid can develop when a person with PKU eats foods that are high in protein, such as milk, cheese, nuts or meats. This can eventually lead to serious health problems.

For a child to inherit PKU, both the mother and father must have and pass on the defective gene. This pattern of inheritance is called autosomal recessive. It's possible for a parent to have the defective gene, but not have the disease. This is called being a carrier. Most often, PKU is passed down the family tree by parents who are carriers of the disorder, but don't know it.

Both parents must pass along a copy of the mutated PKU gene for their child to develop the condition. If only one parent has the PKU gene, there's no risk of passing PKU to a child. The gene defect occurs mainly in people of Northern European and Native American ancestry. It's much less common in blacks, Asians and Hispanics.

Children of mothers who have PKU but who didn't follow the PKU diet during pregnancy also may be affected. Although these children don't often have PKU, they do have consequences of the high level of phenylalanine in the mother's blood.

Newborn screening identifies almost all cases of PKU. All 50 states in the United States require newborns to be tested for PKU. Many other countries also routinely screen infants for PKU.

If you have PKU or a family history of PKU, your doctor may recommend screening tests before pregnancy or birth. It's possible to identify PKU carriers through a blood test.

Testing your baby after birth

A PKU test is conducted a day or two after your baby's birth. In the test, a nurse or lab technician collects a few drops of blood from your baby's heel or the crook of your baby's arm using a needle or lancet. A laboratory tests the blood sample for certain metabolic disorders, including PKU. The test isn't done before the baby is 24 hours old or before the baby has ingested some protein in the diet to ensure accurate results. If you don't deliver your baby in a hospital or are discharged soon after the birth, you may need to schedule a newborn screening with your pediatrician or family doctor.

Your baby may also have additional tests to confirm the diagnosis, including more blood tests and urine tests. You and your baby may also undergo genetic testing to identify gene mutations.

If your baby's blood sample shows a high level of phenylalanine, he or she will need to be fed a special formula. Your doctor can help you find the right type of formula to feed your baby.

It's also possible to detect PKU in a developing fetus using chorionic villus sampling (CVS). During this procedure, a needle is inserted through a pregnant woman's lower abdomen and into the uterus. Another option is to insert a catheter up through the cervix into the chorionic villi, which forms the lining of the placenta. Through the needle, your doctor removes a small sample of cells for genetic testing. Your doctor and a genetics counselor can help you decide if these tests are right for you and what to do with the results.