You are here:
Raynaud's disease is a condition that causes some areas of your body — such as your fingers, toes, tip of your nose and your ears — to feel numb and cool in response to cold temperatures or stress. 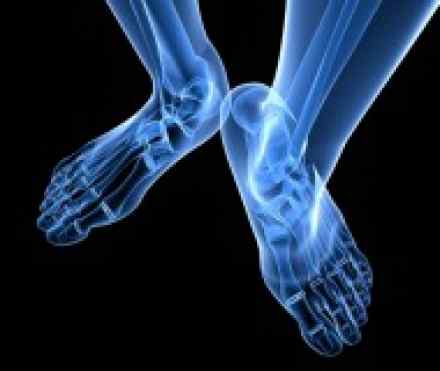 Raynaud's disease is a condition that causes some areas of your body — such as your fingers, toes, tip of your nose and your ears — to feel numb and cool in response to cold temperatures or stress. In Raynaud's disease, smaller arteries that supply blood to your skin narrow, limiting blood circulation to affected areas.

Women are more likely to have Raynaud's disease. It's also more common in people who live in colder climates.

Raynaud's disease is more than simply having cold hands and cold feet, and it's not the same as frostbite. Signs and symptoms of Raynaud's depend on the frequency, duration and severity of the blood vessel spasms that underlie the disorder. Raynaud's disease symptoms include:

During an attack of Raynaud's, affected areas of your skin usually turn white at first. Then, the affected areas often turn blue, feel cold and numb, and your sensory perception is dulled. As circulation improves, the affected areas may turn red, throb, tingle or swell. The order of the changes of color isn't the same for all people, and not everyone experiences all three colors.

Occasionally, an attack affects just one or two fingers or toes. Attacks don't necessarily always affect the same digits. Although Raynaud's most commonly affects your fingers and toes, the condition can also affect other areas of your body, such as your nose, lips, ears and even nipples. An attack may last less than a minute to several hours.

People who have Raynaud's accompanied by another disease will likely also have signs and symptoms related to their basic underlying condition.

Doctors don't completely understand the cause of Raynaud's attacks, but blood vessels in the hands and feet appear to overreact to cold temperatures or stress:

With Raynaud's, arteries to your fingers and toes go into what's called vasospasm. This narrows your vessels dramatically and temporarily limits blood supply. Over time, these same small arteries may also thicken slightly, further limiting blood flow. The result is that affected skin turns a pale and dusky color due to the lack of blood flow to the area. Once the spasms go away and blood returns to the area, the tissue may turn red before returning to a normal color.

Raynaud's may be partly an inherited disorder.

Causes of secondary Raynaud's include:

Risk factors for primary Raynaud's include:

Risk factors for secondary Raynaud's include:

If an artery to an affected area becomes blocked completely, sores (skin ulcers) or dead tissue (gangrene) may develop. Ulcers and gangrene can be difficult to treat.

To diagnose Raynaud's, your doctor will ask detailed questions about your symptoms and medical history and conduct a physical examination. Your doctor may also run tests to rule out other medical problems that may cause similar signs and symptoms, such as a pinched nerve.

Your doctor may perform a simple test called a cold-stimulation test during your office visit. This test may involve placing your hands in cool water or exposing you to cold air, to trigger an episode of Raynaud's.

Sorting out primary vs. secondary Raynaud's

To distinguish between primary and secondary Raynaud's, your doctor may perform an in-office test called nail fold capillaroscopy. During the test, the doctor examines your nail fold — the skin at the base of your fingernail — under a microscope. Tiny blood vessels (capillaries) near the nail fold that are enlarged or deformed may indicate an underlying disease. However, some secondary diseases can't be detected by this test.

If your doctor suspects that another condition, such as an autoimmune or connective tissue disease, underlies Raynaud's, he or she may order blood tests, such as:

There's no single blood test to diagnose Raynaud's. Your doctor may order other tests, such as those that rule out diseases of the arteries, to help pinpoint a disease or condition that may be associated with Raynaud's.