You are here:
Rheumatic fever is an inflammatory disease that can develop as a complication of untreated or poorly treated strep throat. Strep throat is caused by infection with group A streptococcus bacteria. 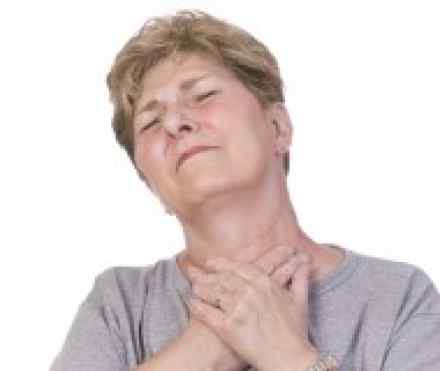 Rheumatic fever is an inflammatory disease that can develop as a complication of untreated or poorly treated strep throat. Strep throat is caused by infection with group A streptococcus bacteria.

Rheumatic fever is most common in 5- to 15-year-old children, though it can develop in younger children and adults. Recurring episodes of rheumatic fever most often affect people when they are about 25 to 35 years of age.

Although it's relatively rare in developed countries, rheumatic fever remains common in many developing nations.

Rheumatic fever can cause permanent damage to the heart that may result in serious harm to the heart valves and heart failure. Treatments can reduce tissue damage from inflammation, lessen pain and other symptoms, and prevent the recurrence of rheumatic fever.

Rheumatic fever symptoms may vary. Some people may have several symptoms, while others experience only a few. The symptoms may also change during the course of the disease. The onset of rheumatic fever usually occurs about two to four weeks after a strep throat infection.

The signs and symptoms — which result from inflammation in the heart, joints, skin or central nervous system — may include:

The exact link between strep infection and rheumatic fever isn't clear, but it appears that the bacterium "plays tricks" on the immune system. The strep bacterium contains a protein similar to one found in certain tissues of the body. Therefore, immune system cells that would normally target the bacterium may treat the body's own tissues as if they were infectious agents — particularly tissues of the heart, joints, skin and central nervous system. This immune system reaction results in inflammation.

If your child receives prompt and complete treatment with an antibiotic to eliminate strep bacteria — in other words, taking all doses of the medication as prescribed — there's little to no chance of developing rheumatic fever. If your child has one or more episodes of strep throat or scarlet fever that aren't treated or not treated completely, he or she may — but won't necessarily — develop rheumatic fever.

Factors that may increase the risk of rheumatic fever include:

Inflammation caused by rheumatic fever may last for a few weeks to several months. In some cases, the inflammation may cause long-term complications.

Rheumatic heart disease is permanent damage to the heart caused by the inflammation of rheumatic fever. Problems are most common with the valve between the two left chambers of the heart (mitral valve), but the other valves may be affected. The damage may result in one of the following conditions:

Damage to the mitral valve, other heart valves or other heart tissues can cause problems with the heart later in life. Resulting conditions may include:

Your doctor makes a diagnosis of rheumatic fever based on:

Your child's doctor will conduct a thorough physical examination that may include:

If your child was already diagnosed with a strep infection, your doctor may not order any additional tests for the bacterium. If your doctor orders a test, it will most likely be a blood test that can detect antibodies to strep bacteria circulating in the blood. The actual bacteria may no longer be detected in your child's throat tissues or blood.

An electrocardiogram — also called an ECG or EKG — records electrical signals as they travel through your child's heart. Your doctor can look for patterns among these signals that indicate inflammation of the heart or poor heart function.

An echocardiogram uses sound waves to produce live-action images of the heart. This common test may enable your doctor to detect inflammation. Damage to heart valves isn't likely to occur early in the disease, but an echocardiogram is capable of revealing such problems.