You are here:
Rosacea is a chronic, inflammatory skin condition that affects adults. It causes redness in your face and produces small, red, pus-filled bumps or pustules. 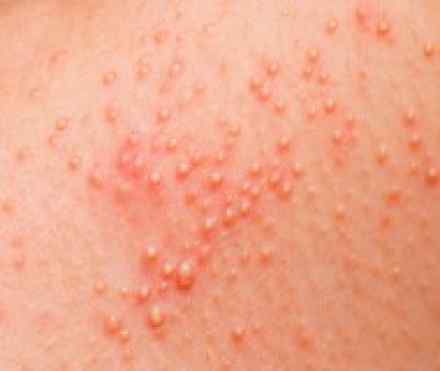 Rosacea is a chronic, inflammatory skin condition that affects adults. It causes redness in your face and produces small, red, pus-filled bumps or pustules.

Left untreated, rosacea tends to be progressive, which means it gets worse over time. However, in most people rosacea is cyclic. This means your rosacea signs and symptoms may flare up for a period of weeks to months and then lessen for a while before flaring up again. Besides acne, rosacea can be mistaken for other skin problems, such as skin allergy or eczema.

Though rosacea doesn't have a cure, treatments can control and reduce the signs and symptoms. If you experience persistent redness of your face, see your doctor for a diagnosis and proper treatment.

Signs and symptoms of rosacea include:

In addition, about one in two people with rosacea experience ocular rosacea — a burning and gritty sensation in the eyes. Rosacea may cause the inner skin of the eyelids to become inflamed or appear scaly, a condition known as conjunctivitis.

The cause of rosacea is unknown, but researchers believe it's likely due to some combination of hereditary and environmental factors.

Though the exact causes of rosacea remain a mystery, a number of factors can aggravate rosacea or make it worse by increasing blood flow to the surface of your skin. Some of these factors include:

One thing is certain — alcohol doesn't cause rosacea. While the consumption of alcohol can lead to flushing of the skin and may worsen rosacea, people who don't consume alcohol at all still can get rosacea.

In severe and rare cases, the oil glands (sebaceous glands) in your nose and sometimes your cheeks become enlarged, resulting in a buildup of tissue on and around your nose — a condition called rhinophyma (ri-no-FI-muh). This complication is much more common in men and develops very slowly over a period of years.

There's no specific test that can diagnose rosacea. Instead, doctors rely on the history of the person's symptoms and a physical examination of the skin to diagnose the disorder.