You are here:
Sudden infant death syndrome (SIDS) is the unexplained death, usually during sleep, of a seemingly healthy baby. For parents, it's a devastating and shocking childhood illness — there's no warning and there's no definitive cause. 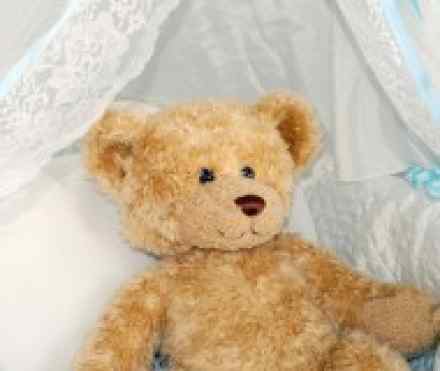 Sudden infant death syndrome (SIDS) is the unexplained death, usually during sleep, of a seemingly healthy baby. For parents, it's a devastating and shocking childhood illness — there's no warning and there's no definitive cause.

Most SIDS deaths occur in children between 2 months and 4 months of age. Sudden infant death syndrome rarely occurs before 1 month of age or after 6 months.

The prevalence of SIDS has decreased, due in part to educational campaigns about the importance of placing infants to sleep on their backs. However, SIDS remains the leading cause of death for infants in the first year of life in developed countries.

Over the years, researchers have ruled out a number of possible causes of sudden infant death syndrome, including suffocation, vomiting or choking, birth defects and infection.

Exactly why SIDS occurs remains elusive, but many experts believe multiple factors are involved. For example, it's likely that an infant must have some sort of biological vulnerability, such as a heart or brain defect, combined with an environmental stressor, such as stomach sleeping, and be in a critical developmental period before SIDS can occur. The mother's health and behaviour during pregnancy also play a role.

These three factors — vulnerability, critical developmental period and outside stressor — combine within the first six months of an infant's life to form what's known as the triple-risk model.

Research has offered clues as to what may and what may not be involved in sudden infant death syndrome:

Although sudden infant death syndrome can strike any infant, researchers have identified several factors that may increase a baby's risk. At higher risk are babies who are:

Also at risk are babies whose mothers had:

The death of a child can be overwhelming. Parents are often torn by guilt as well as grief. But SIDS can occur no matter how much you love and protect your baby. As of now, SIDS remains a mystery.

Seeking support from others

When you lose your baby to SIDS, the emotional support of others is especially important. You may find it comforting to talk to other parents whose lives have been touched by SIDS. If so, your doctor may be able to recommend a support group in your area, or you can visit an online SIDS chat room. But support groups aren't for everyone. For some people, talking to a trusted friend, counselor or member of the clergy may be more helpful.

If you can, keep an open line of communication with friends and family about how you're feeling. People want to help, but they may not know how to approach you. The baby's parents, especially, need to be as open as possible with one another. Losing a child can put a terrible strain on a marriage. Counseling may help some couples understand and express their feelings.

Finally, give yourself time to grieve. Don't worry if you find yourself crying unexpectedly, if holidays and other celebratory times are especially difficult, or if you're tired and drained much of the time. This is normal. You're dealing with a devastating loss. Healing takes time.