You are here:
A temporal lobe seizure starts in the part of the brain that processes emotions, fight or flight reactions, and short-term memory. Many who have temporal lobe seizures may experience odd feelings — ranging from euphoria to fear, deja vu, and hallucinations of taste or smell. 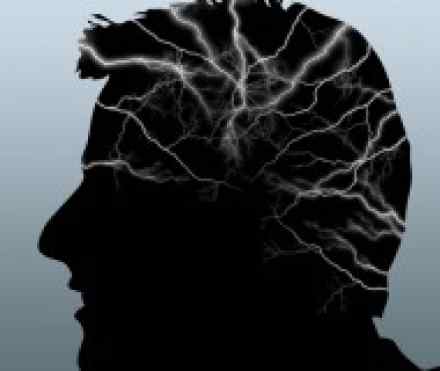 A temporal lobe seizure starts in the part of the brain that processes emotions, fight or flight reactions, and short-term memory. Many who have temporal lobe seizures may experience odd feelings — ranging from euphoria to fear, deja vu, and hallucinations of taste or smell — at the onset of their seizures.

Seizures beginning in the temporal lobes may stem from an anatomical defect or scar. But, it's not always possible to determine the cause of a temporal lobe seizure.

An unusual sensation or emotion, known as an aura, may precede a temporal lobe seizure, acting as a warning. Not everyone who has temporal lobe seizures experiences auras, and those who do have auras may not remember them. The aura is actually a small seizure itself — one that has not spread into an observable seizure that impairs consciousness and ability to respond. Examples of auras include:

People who have temporal lobe seizures usually remain partially conscious during a seizure, but they lose awareness of their surroundings and usually don't remember what happened.

After a temporal lobe seizure, you may have:

During normal waking and sleeping, your brain cells produce varying electrical activity. If the electrical activity in many brain cells becomes abnormally synchronized, a convulsion or seizure may occur. If this happens in just one area of the brain, the result is a focal or partial seizure. When this occurs in an area of the brain known as the temporal lobe, it's called a temporal lobe seizure.

Temporal lobe seizures can be a result of:

Over time, repeated temporal lobe seizures can cause the part of the brain that's responsible for learning and memory to shrink. This area is called the hippocampus. Brain cell loss in this area may cause memory problems.

Your doctor will need a detailed description of the seizures. This will probably need to come from someone who has witnessed the seizures, because most people who have temporal lobe seizures don't remember the episodes.

During the office visit, your doctor may perform a neurological exam that tests your reflexes, muscle tone, muscle strength, sensory function, gait, posture, coordination and balance. Your doctor may also ask questions to test your thinking, judgment and memory.

Blood tests may also be needed. And your doctor may also suggest scans or tests designed to detect abnormalities within the brain.

An EEG displays the electrical activity of your brain via small electrodes affixed to your scalp with paste or an elastic cap. You lie still during the test, but at times you may be asked to breathe deeply and steadily for several minutes or to stare at a patterned board. At times, a light may be flashed in your eyes. Typically, a recording during a brief period of sleep is obtained as well. The electrodes pick up the electrical impulses from your brain and send them to the EEG machine, which records your brain waves on a moving sheet of paper or digitally on a computer.

In some cases, your doctor may recommend video-EEG monitoring, which usually requires a brief hospital stay. This can be helpful because it allows your doctor to compare — second by second — the behaviors observed during a seizure with your EEG pattern. The comparison helps your doctor pinpoint where your seizures come from, which may help in determining treatment options.

An MRI machine uses radio waves and a strong magnetic field to produce detailed images of your brain. MRIs can reveal brain abnormalities that could be causing your seizures. Although the test is painless, some people experience an uncomfortable feeling similar to claustrophobia inside the MRI machine's close quarters. If you think you may have a problem like this, your doctor can prescribe anti-anxiety medications beforehand.

Functional MRI (fMRI) — a special type of MRI — can measure the small metabolic changes that occur when a part of your brain is working. An fMRI can record which areas of your brain are working when you perform certain tasks, such as rubbing a block of sandpaper or answering simple questions. Functional MRI is not routine, but done only in special cases where the location of certain functions is critical in understanding someone's seizures.

PET scans use injected radioactive material to help visualize active areas of the brain. The radioactive material is tagged in a way that makes it attracted to glucose. Because the brain uses glucose for energy, the parts that aren't working normally will appear faint on a PET image. PET imaging is done only rarely in the evaluation of people with seizures.

This type of test is used primarily in people being evaluated for epilepsy surgery when the area of seizure onset is unclear on MRIs or EEGs. SPECT imaging requires two scans — one during a seizure and one during a nonseizure period. Radioactive material is injected for both scans and then the two results are compared. The image of the area of the brain with the greatest activity during the seizure can be superimposed onto the person's MRI, to show surgeons exactly what portion of the brain should be removed.