You are here:
Tuberculosis (TB) is a potentially serious infectious disease that primarily affects your lungs. Tuberculosis is spread from person to person through tiny droplets released into the air. Most people who become infected with the bacteria that cause tuberculosis don't develop symptoms of the disease. 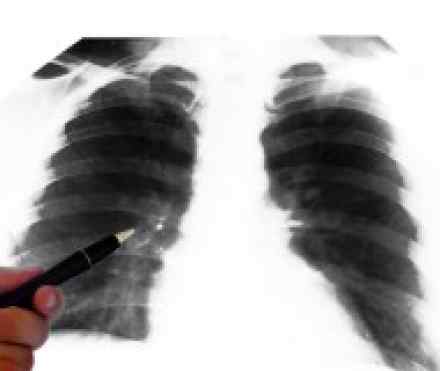 Tuberculosis (TB) is a potentially serious infectious disease that primarily affects your lungs. Tuberculosis is spread from person to person through tiny droplets released into the air. Most people who become infected with the bacteria that cause tuberculosis don't develop symptoms of the disease.

Despite advances in treatment, TB remains a major cause of illness and death worldwide, especially in Africa and Asia. Every year tuberculosis kills almost 2 million people. Since the 1980s, rates of TB have increased, fueled by the HIV/AIDS epidemic and the emergence of drug-resistant strains of the TB bacteria.

Most cases of tuberculosis can be cured by taking a combination of medications for several months or longer. It's important to complete your whole course of therapy.

Although your body may harbor the bacteria that cause tuberculosis, your immune system often can prevent you from becoming sick. For this reason, doctors make a distinction between:

Why do I have to take treatment when I have no symptoms?

Why do I need to take the TB medicine for so long?

TB germs are killed very slowly. It takes at least 3 months for the medicine to kill all the germs. The length of the treatment depends on what medicines you are given. You must continue to take your medicine until all the TB germs are dead, even though you have no symptoms of TB disease.

Signs and symptoms of active TB include:

Tuberculosis usually attacks your lungs. Signs and symptoms of TB of the lungs include:

Tuberculosis can also affect other parts of your body, including your kidneys, spine or brain. When TB occurs outside your lungs, symptoms vary according to the organs involved. For example, tuberculosis of the spine may give you back pain, and tuberculosis in your kidneys might cause blood in your urine.

Tuberculosis is caused by an organism called Mycobacterium tuberculosis. The bacteria spread from person to person through microscopic droplets released into the air. This can happen when someone with the untreated, active form of tuberculosis coughs, speaks, sneezes, spits, laughs or sings. Rarely, a pregnant woman with active TB may pass the bacteria to her unborn child.

Although tuberculosis is contagious, it's not especially easy to catch. You're much more likely to get tuberculosis from a family member or close co-worker than from a stranger. Most people with active TB who've had appropriate drug treatment for at least two weeks are no longer contagious.

If you breathe TB bacteria into your lungs, one of four things might happen:

Only about one in 10 people who have TB infection goes on to develop active TB. The risk is greatest in the first two years after infection and is much higher if you have HIV infection.

Since the 1980s, the number of cases of tuberculosis has increased dramatically because of the spread of HIV, the virus that causes AIDS. Tuberculosis and HIV have a deadly relationship — each drives the progress of the other.

Infection with HIV suppresses the immune system, making it difficult for the body to control TB bacteria. As a result, people with HIV are many times more likely to get TB and to progress from latent to active disease than are people who aren't HIV-positive.

TB is one of the leading causes of death among people with AIDS, especially outside the United States. One of the first indications of HIV infection may be the sudden onset of TB, often in a site outside the lungs.

Another reason TB remains a major killer is the increase in drug-resistant strains of the bacterium. Ever since the first antibiotics were used to fight TB 60 years ago, the germ has developed the ability to survive attack, and that ability gets passed on to its descendants. Drug-resistant strains of TB emerge when an antibiotic fails to kill all of the bacteria it targets. The surviving bacteria become resistant to that particular drug and frequently other antibiotics as well. Today, for each major TB medication, there's a TB strain that resists its treatment.

The major cause of TB drug resistance is inadequate treatment, either because the wrong drugs are prescribed or because people don't take their entire course of medication.

There are two types of drug-resistant TB:

Anyone can get tuberculosis, but certain factors increase your risk of the disease. These factors include:

Without treatment, tuberculosis can be fatal. Drug-resistant strains of the disease are more difficult to treat.

Untreated active disease typically affects your lungs, but it can spread to other parts of the body through your bloodstream. Complications vary according to the location of TB bacteria:

If your doctor suspects TB, you will need a complete medical evaluation and tests for TB infection.

The most commonly used diagnostic tool for TB is a simple skin test. Although there are two methods, the Mantoux test is preferred because it's more accurate.

For the Mantoux test, a small amount of a substance called PPD tuberculin is injected just below the skin of your inside forearm. You should feel only a slight needle prick. Within 48 to 72 hours, a health care professional will check your arm for swelling at the injection site, indicating a reaction to the injected material. A hard, raised red bump (induration) means you're likely to have TB infection. The size of the bump determines whether the test results are significant, based on your risk factors for TB.

The Mantoux test isn't perfect. A false-positive test suggests that you have TB when you really don't. This is most likely to occur if you're infected with a different type of mycobacterium other than the one that causes tuberculosis, or if you've recently been vaccinated with the bacillus Calmette-Guerin (BCG) vaccine. This TB vaccine is seldom used in the United States, but widely used in countries with high TB infection rates.

On the other hand, some people who are infected with TB — including children, older people and people with AIDS — may have a delayed or no response to the Mantoux test.

Blood tests may be used to confirm or rule out latent or active TB. These tests use sophisticated technology to measure the immune system's reaction to Mycobacterium tuberculosis. These tests are quicker and more accurate than is the traditional skin test. They may be useful if you're at high risk of TB infection but have a negative response to the Mantoux test, or if you received the BCG vaccine.

If the results of a TB test are positive (referred to as "significant"), you may have further tests to help determine whether you have active TB disease and whether it is a drug-resistant strain.

These tests may include: 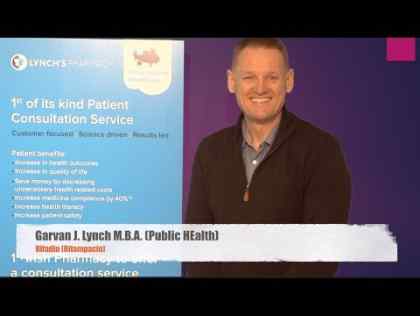