You are here:
Typhoid fever is caused by Salmonella typhi bacteria. Typhoid fever is rare in industrialized countries. However, it remains a serious health threat in the developing world. Typhoid fever spreads through contaminated food and water or through close contact with someone who's infected. 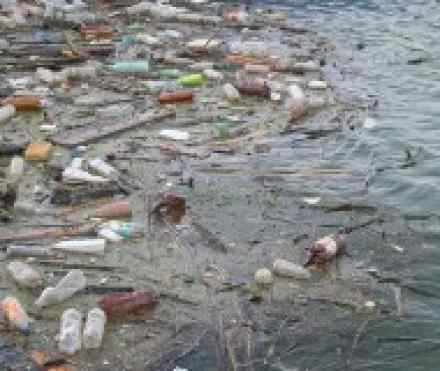 Typhoid fever is caused by Salmonella typhi bacteria. Typhoid fever is rare in industrialized countries. However, it remains a serious health threat in the developing world. Typhoid fever spreads through contaminated food and water or through close contact with someone who's infected. Signs and symptoms usually include high fever, headache, abdominal pain, and either constipation or diarrhoea.

When treated with antibiotics, most people with typhoid fever feel better within a few days, although a small percentage may die of complications.

Vaccines against typhoid fever are available, but they're only partially effective. Vaccines are usually reserved for those who may be exposed to the disease or are traveling to areas where typhoid fever is common.

Although children with typhoid fever sometimes become sick suddenly, signs and symptoms are more likely to develop gradually — often appearing one to three weeks after exposure to the disease.

Once signs and symptoms do appear, you're likely to experience:

Children are more likely to have diarrhoea, whereas adults may become severely constipated. During the second week, you may develop a rash of small, flat, rose-coloured spots on your lower chest or upper abdomen. The rash is temporary, usually disappearing in two to five days.

If you don't receive treatment for typhoid fever, you may enter a second stage during which you become very ill and experience:

By the third week, you may:

Improvement may come slowly during the fourth week. Your fever is likely to decrease gradually until your temperature returns to normal in another week to 10 days. But signs and symptoms can return up to two weeks after your fever has subsided.

Typhoid fever is caused by a virulent bacterium called Salmonella typhi. Although they're related, this isn't the same as the bacteria responsible for salmonellosis, another serious intestinal infection.

The bacteria that cause typhoid fever spread through contaminated food or water and occasionally through direct contact with someone who is infected. In developing nations, where typhoid is endemic, most cases result from contaminated drinking water and poor sanitation. The majority of people in industrialized countries pick up the typhoid bacteria while traveling and spread it to others through the fecal-oral route.

This means that S. typhi is passed in the feces and sometimes in the urine of infected people. You can contract the infection if you eat food handled by someone with typhoid fever who hasn't washed carefully after using the bathroom. You can also become infected by drinking water contaminated with the bacteria.

Even after treatment with antibiotics, a small number of people who recover from typhoid fever continue to harbor the bacteria in their intestinal tract or gallbladder, often for years. These people, called chronic carriers, shed the bacteria in their feces and are capable of infecting others, although they no longer have signs or symptoms of the disease themselves.

Typhoid fever remains a serious worldwide threat — especially in the developing world — affecting more than 21 million people each year, according to the Centers for Disease Control and Prevention. The disease is endemic in India, Southeast Asia, Africa, South America and many other areas.

Worldwide, children are at greatest risk of getting the disease, although they generally have milder symptoms than adults do.

If you live in a country where typhoid fever is rare, you're at increased risk if you:

Intestinal bleeding is often marked by a sudden drop in blood pressure and shock, followed by the appearance of blood in your stool.

A perforated intestine occurs when your small intestine or large bowel develops a hole, causing intestinal contents to leak into your abdominal cavity and triggering signs and symptoms such as severe abdominal pain, nausea, vomiting and bloodstream infection (sepsis). This life-threatening emergency requires immediate medical care.

Other possible complications include:

With prompt treatment, nearly all people in industrialized nations recover from typhoid. Without treatment, some people may not survive complications of the disease.

Your doctor is likely to suspect typhoid fever based on your symptoms and your medical and travel history. But the diagnosis is usually confirmed by identifying S. typhi in a culture of your blood or other body fluid or tissue.

For the culture, a small sample of your blood, stool, urine or bone marrow is placed on a special medium that encourages the growth of bacteria. In 48 to 72 hours, the culture is checked under a microscope for the presence of typhoid bacteria. A bone marrow culture often is the most sensitive test for S. typhi.

Although performing a culture test is the mainstay for diagnosis, in some instances other testing may be used to confirm a suspected typhoid infection, such as a test to detect antibodies to typhoid bacteria in your blood or a test that checks for typhoid DNA in a blood sample.