You are here:
Uterine fibroids are noncancerous growths of the uterus that often appear during your childbearing years. Also called fibromyomas, leiomyomas or myomas, uterine fibroids aren't associated with an increased risk of uterine cancer and almost never develop into cancer. 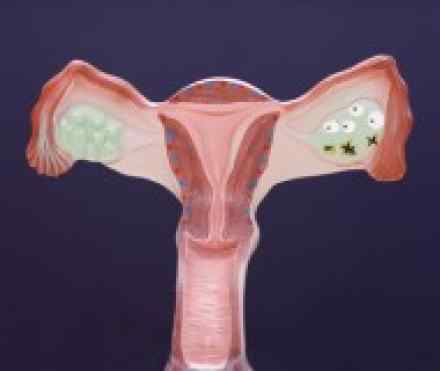 Uterine fibroids are noncancerous growths of the uterus that often appear during your childbearing years. Also called fibromyomas, leiomyomas or myomas, uterine fibroids aren't associated with an increased risk of uterine cancer and almost never develop into cancer.

As many as 3 out of 4 women have uterine fibroids sometime during their lives, but most are unaware of them because they often cause no symptoms. Your doctor may discover them incidentally during a pelvic exam or prenatal ultrasound.

In general, uterine fibroids cause no problems and seldom require treatment. Medical therapy and surgical procedures can shrink or remove fibroids if you have discomfort or troublesome symptoms. Rarely, fibroids can require emergency treatment if they cause sudden, sharp pelvic pain or profuse menstrual bleeding.

In women who have symptoms, the most common symptoms of uterine fibroids include:

Rarely, a fibroid can cause acute pain when it outgrows its blood supply. Deprived of nutrients, the fibroid begins to die. Byproducts from a degenerating fibroid can seep into surrounding tissue, causing pain and fever. A fibroid that hangs by a stalk inside or outside the uterus (pedunculated fibroid) can trigger pain by twisting on its stalk and cutting off its blood supply.

Fibroids range in size from seedlings, undetectable by the human eye, to bulky masses that can distort and enlarge the uterus. They can be single or multiple, in extreme cases expanding the uterus so much that it reaches the rib cage.

Doctors don't know the cause of uterine fibroids, but research and clinical experience point to several factors:

There are few known risk factors for uterine fibroids, other than being a woman of reproductive age. Other factors include:

Research examining other potential risk factors continues in these areas:

Although uterine fibroids usually aren't dangerous, they can cause discomfort and may lead to complications such as anemia from heavy blood loss. In rare instances, fibroid tumors can grow out of your uterus on a stalk-like projection. If the fibroid twists on this stalk, you may develop a sudden, sharp, severe pain in your lower abdomen. If so, seek medical care right away. You may need surgery.

Because uterine fibroids typically develop during the childbearing years, women with fibroids are often concerned about their chances of a successful pregnancy.

Research indicates that pregnant women with fibroids are at slightly increased risk of miscarriage, premature labor and delivery, abnormal fetal position, and separation of the placenta from the uterine wall. But not all studies confirm these associations. Furthermore, complications vary based on the number, size and location of fibroids. Multiple fibroids and large submucosal fibroids that distort the uterine cavity are the type most likely to cause problems. A more common complication of fibroids in pregnancy is localized pain, typically between the first and second trimesters. This is usually easily treated with pain relievers.

In most cases, fibroids don't interfere with pregnancy, and treatment isn't necessary. It was once believed that fibroids grew faster during pregnancy, but multiple studies suggest otherwise. Most fibroids remain stable in size, although some may increase or decrease slightly, usually in the first trimester.

If you have fibroids and you've experienced repeated pregnancy losses, your doctor may recommend removing one or more fibroids to improve your chances of carrying a baby to term, especially if no other causes of miscarriage can be found and if your fibroids distort the shape of your uterine cavity.

Doctors usually don't remove fibroids in conjunction with a cesarean section because of the greater risk of excessive bleeding.

Uterine fibroids are frequently found incidentally during a routine pelvic exam. Your doctor may feel irregularities in the shape of your uterus through your abdomen, suggesting the presence of fibroids.

If confirmation is needed, your doctor may obtain an ultrasound — a painless exam that uses sound waves to obtain a picture of your uterus — to confirm the diagnosis and to map and measure fibroids. A doctor or technician moves the ultrasound device (transducer) over your abdomen (transabdominal) or places it inside your vagina (transvaginal) to obtain images of your uterus.

Transvaginal ultrasound provides more detail because the probe is closer to the uterus. Transabdominal ultrasound visualizes a larger anatomic area. Sometimes, fibroids are discovered during an ultrasound conducted for a different purpose, such as during a prenatal ultrasound.

If traditional ultrasound doesn't provide enough information, your doctor may order other imaging studies, such as:

Imaging techniques that may occasionally be necessary include computerized tomography (CT) and magnetic resonance imaging (MRI).

If you're experiencing abnormal vaginal bleeding, your doctor may want to conduct other tests to investigate potential causes. He or she may order a complete blood count (CBC) to determine if you have iron deficiency anemia because of chronic blood loss. Your doctor may also order blood tests to rule out bleeding disorders and to determine the levels of reproductive hormones produced by your ovaries.